The American National Standards Institute (ANSI) is one of the leading organizations for voluntary consensus standards in the United States. It is a private organization and offers standardizing guidelines for a wide range of things including the size and font of lettering used on computers, colors used on safety labels, and much more. ANSI has more than 10,000 different standards in place that are followed throughout the country.

While ANSI is primarily focused on helping plan and propagate standards in the U.S., they also coordinate with international organizations to set standards. This is becoming increasingly important because there are so many international and global corporations today. Products are also commonly sold around the world, so giving input about global standards just makes sense.

Since ANSI is nationally and internationally recognized and respected, most companies choose to follow its standards. There are many reasons why companies decide to follow the standards adopted by ANSI, but the most important is that they work. These standards have proven to help keep people safe, increase efficiency, reduce risk, and offer many other important benefits to the companies that use them.

All Standards Are 100% Voluntary 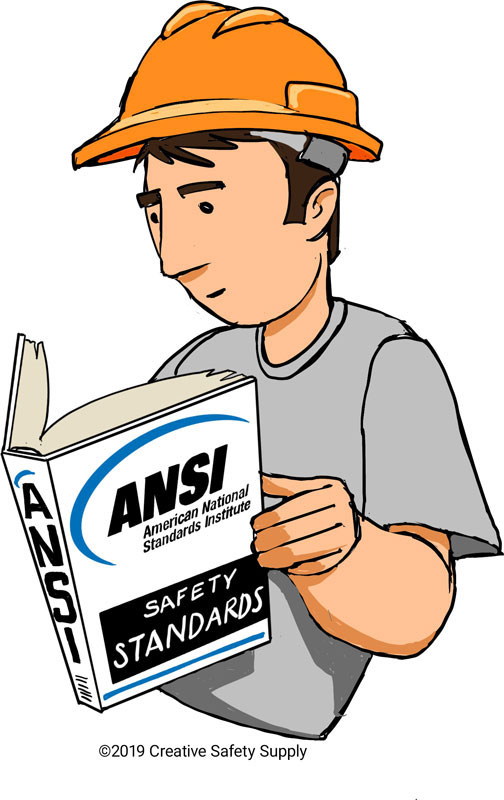 Some governmental organizations, however, do reference ANSI standards in their own mandatory guidelines. This is where the misunderstandings often occur. OSHA, for example, has standards in place regarding signs and tags for accident prevention (OSHA 1910.145).

The ANSI organization formed back in 1918. It began with six engineering societies and three government agencies. It was originally called the American Engineering Standards Committee (AESC), which became the American Standards Association (ASA) in 1928. Then in 1966 it became the United States of America Standards Institute (USASI). Finally, in 1969, it arrived at its current name.

The organization has grown and changed over time to become the premier standards organization in the country. Today it has members that include corporations of all sizes, governmental agencies, individual people, international bodies, and academic groups.

For something to become an ANSI standard, it must go through a series of steps, which are:

Once a new standard goes through this process, the draft can be submitted for full review and acceptance. It is then considered and either accepted or rejected as a new ANSI standard.

ANSI is broken down into nine different panels. These panels are involved in reviewing standards to ensure they are effective. The nine panels are as follows:

These panels largely work independently from each other, though there can be some collaboration or interaction in some situations if it becomes necessary.

One of the most well-known and commonly used ANSI standards is for setting safety colors and safety signs, which are used in organizations around the world. Interestingly, the basis of this standard is from the International Organization for Standards (ISO); ANSI is a member of ISO. 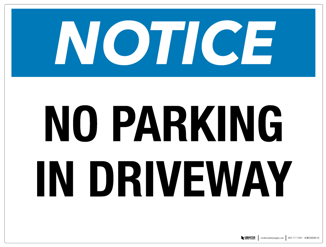 ISO's standard is 17398:2004 and it details specific requirements for any system of safety standards. In this standard there are recommendations for safety signs based on what type of environment they will be placed in, the needed safety information, and other factors.

This set of standards is reviewed and revised every five years to make improvements. The improvements made are based on any research, court cases, changes in the industry, and other factors that can shed additional light on any of the six sections. New sections could potentially be introduced with these updates as well.

Getting the Most Out of ANSI

To get the most out of ANSI standards, facilities need to understand how these standards can be implemented in their environment. Learning about the specific standards being considered and then applying them to a specific scenario can take some work.

Fortunately, the standards are quite clear and laid out in easy-to-understand ways. Companies can take the information provided by ANSI and then work to implement it successfully. If something does not work as planned, it can be assumed that the implementation was done incorrectly.

Many organizations find that the best way to benefit from ANSI is to actually join the organization. Membership is open to a wide range of different individuals and organizations, but these people must apply for acceptance. When applying, people or groups will need to choose what type of member they qualify to become. The following are the different types of memberships:

Once interested parties have determined which type of membership to apply for, they must submit an application along with the necessary fees. The process is fairly simple and can be completed on the ANSI website. ANSI membership isn't a requirement, though, and any business can benefit from much of what ANSI has to offer.

Standards are broken up by category so different companies or organizations can read the ones that are most applicable to them and implement them as they see fit. Many organizations in the U.S. will make ANSI standards the basis for many of the decisions they make on a daily basis.

Since these standards have already been reviewed by industry experts, gone through extensive public commentary, and are continuously evaluated and improved, it only makes sense for companies to learn about them and implement them whenever possible.

There are a variety of official and unofficial ANSI training opportunities for people in many different industries. For example, training is available for industrial manufacturing or warehouse facilities. Employees and safety managers can attend training classes to learn more about ANSI standards, and then take that knowledge back to their company to make improvements.

In addition to having individuals seek ANSI training, it is also important to provide all employees with facility training on the specific ANSI standards that are used in the facility. This training should be an important part of new employee orientation, as well as offered as part of ongoing training opportunities. When done correctly, following ANSI-specific standards in the facility will be like second nature to the employees.

For many companies, one of the biggest benefits of following the standards set forth by ANSI is that employees who come from another organization will most likely already be familiar with them. This can minimize the learning curve and ensure even new employees are able to operate as safely as possible.