Jidoka means "automation with a human touch" (sometimes called "autonomation"). It is a practice that provides machines and operators the ability to detect when an abnormality in the process has occurred. In a manufacturing facility, this might mean a group of machines perform a task automatically, but one person oversees them. This is beneficial because rather than having one machine operated by one operator, people can be freed up for other tasks.

These days, machines are built with the capacity to identify problems and stop when something goes wrong. We have Jidoka to thank for that. This concept originated with an automatic loom invented by Sakichi Toyoda in the late 19th century. Toyoda’s machine would stop when a thread broke. When the machine stopped, a person would step in and work to find the root cause of the problem before any other defective products were made. 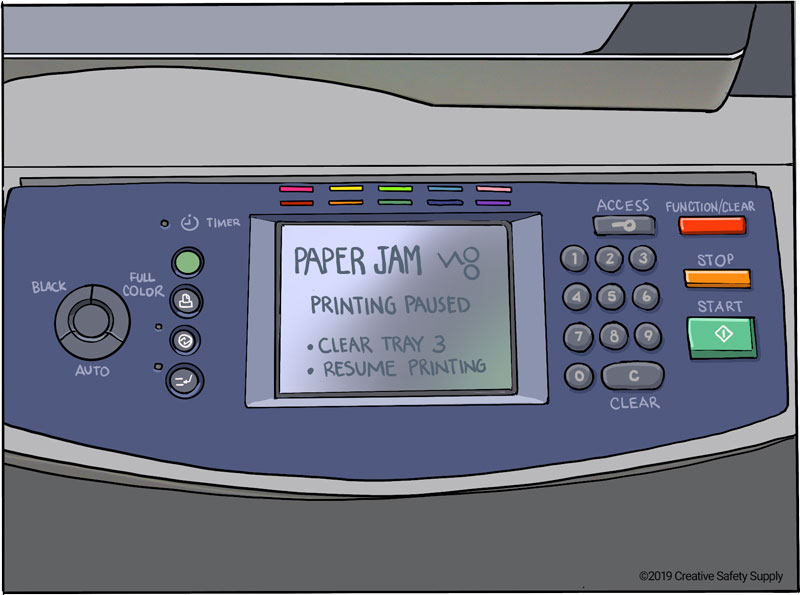 Taichi Ohno, the father of TPS, observed how efficient Toyoda's machines were and implemented the same concept at Toyota Motos. Jidoka was adopted by Toyota, making it one of two main pillars of the Toyota Production System. TPS is the model from which many successful American companies have built their manufacturing systems, and laid the foundation for what would become Lean Manufacturing (Lean for short).

The 4 Principles of Jidoka

Like all of the functions of Lean Manufacturing, Jidoka exists to minimize wasted time and improve efficiency. Before Jidoka, manufacturing processes were done either manually or they were automated, with no human supervision. Consequently, production processes were plagued with inefficiencies, and defects weren’t detected until long after they occurred, sometimes after the product had left the factory and was already in the hands of consumers. Jidoka, like all of the methods that come from the Lean school of thought, allows for more efficient oversight and quicker discovery of defects.

Andon is a tool used to apply the Jidoka concepts, specifically within the first two principles of Jidoka. Andons are a type of signal to notify managers, supervisors, and line operators an issue has been detected and production must be stopped. The first Andon was used in a Toyota factory and was simply a rope someone would pull to completely halt all processes. Today, many Andon systems are electronic and have the ability to automatically suspend processes and even alert workers where the issue occured.

Jidoka is important because it ensures products are made with high levels of quality because defects are automatically detected throughout the process. This is preferable to trying to look for quality issues once a product is complete because it is more difficult to go back and find a problem than to identify it right away when it occurs. When problems are identified immediately, it's easier to find the root cause.