The National Electrical Code® (also known as the NEC®) is an adoptable standard for the safe installation of electrical equipment and wiring, and establishes the basis for electrical safety in industrial, commercial, and residential buildings. It has been approved as a national United States standard by the American National Standards Institute (ANSI), and is formally identified as ANSI/NFPA 70. Although the NEC is developed and intended for application in the United States, it is used as a standard around the world.

The Code has been published since 1897 with new revisions released once every three years; it is consistently reviewed and updated, with input from active electrical professionals, to incorporate constant changes in safety and technology. The National Fire Protection Association (NFPA) has conducted administration over the National Electrical Code since 1911; the Code is currently an aspect to the NFPA’s National Fire Code Series as an important proponent for self-regulation and safety. There are a total of 54 editions of the Code, and while the 2017 NEC edition is the most current, a new 2020 edition is upcoming.

Every electrician must be familiar with the standards set forth by the NEC and be capable of putting them into practice. People who pursue becoming a licensed electrician will learn the Code as part of their classroom education and as part of their on-site apprenticeship. Knowledge of the NEC is an integral part to the electrical industry, and is currently the most definitive—and universally adopted—set of guidelines for electrical installation that protects the safety of people and property. When it comes to something as important and potentially hazardous as the use of electricity, it’s a good thing to have licensed professionals all on the same page.

The NEC can be dense; the 2014 edition was about 1,000 pages long. However, it is broken down into chapters, and each code article’s number corresponds with the chapter it is based in. For example, the article on code 710, Stand-Alone Systems, is located in the seventh chapter of the NEC. These articles provide an explanation and other information for the specific code number. Any revisions to the NEC typically involve the addition of new articles, which address evolving technology and establish new corresponding codes.

The NEC is comprised of an introduction and nine chapters, as well as annexes and an index. Its introduction establishes the general purpose, information, and scope of the Code. The chapters are as follows:

In addition to the official National Electrical Code editions, the NFPA also publishes NEC handbooks which correspond to each revised edition. These handbooks are almost 1,500 pages long and contain the entire Code, as well as extra explanations and illustrations. They also provide helpful cross-references to earlier versions of the Code, which can come in handy; not every single state in the US currently adheres to the most recent version of the NEC. A few states still enforce the 2014 and the 2011 editions of the Code.

Is the NEC Federal Law?

There are different versions of the NEC enforced throughout the United States, and this is because the Code does not actually fall under federal law. Instead, it is a “uniform code”, a set of guidelines which each state may adopt and apply as they see fit. The authority of regulating the application of the NEC is up to each individual state, or local jurisdiction. Sometimes, a state adopts the Code with specific amendments or as otherwise altered. In many cases the NEC simply functions as a foundation for a state’s effort to standardize the enforcement of safe electrical practices.

This is why it is possible for different states to enforce different editions of the Code, and why it may be helpful to have the NEC handbook on hand. This NEC Adoption Map, which is maintained by the NFPA, indicates the states that have the most current edition in place. While almost 30 states have adopted the most recent 2017 edition, surprisingly there is one state that has the 2011 edition and three that still adhere to the 2008 edition.

Why doesn’t each state simply adopt the newest version of the Code? The answer is complicated. Like many other regulations that are left up to state governments, such as speed limit and traffic laws, the opinion can vary on how strictly electrical safety needs to be enforced. Different states also have different legislative timetables and may only change their National Electrical Code standards once every five to ten years, which means more than one edition will have been published during that time. States also face different pressures from local businesses and building owners when it comes to rules and regulations.

Proposing and adopting revisions to the NEC can be quite a long process. To assemble the 2017 edition, more than 4,000 public inputs were received, the first draft underwent more than 1,000 revisions, and it took 19 code-making panels to produce 5 new articles. Additionally, some changes were made that went beyond just articles; although developing technology is the biggest influence for revisions to the NEC, there are also general alterations that are designed to improve safety for electrical workers and first responders, and introduce better labeling.

The new NEC articles that were introduced in 2017 include:

In addition to new articles, there are further revisions in the 2017 NEC that aim to protect workers and the public from deadly electrical hazards. These revisions include: 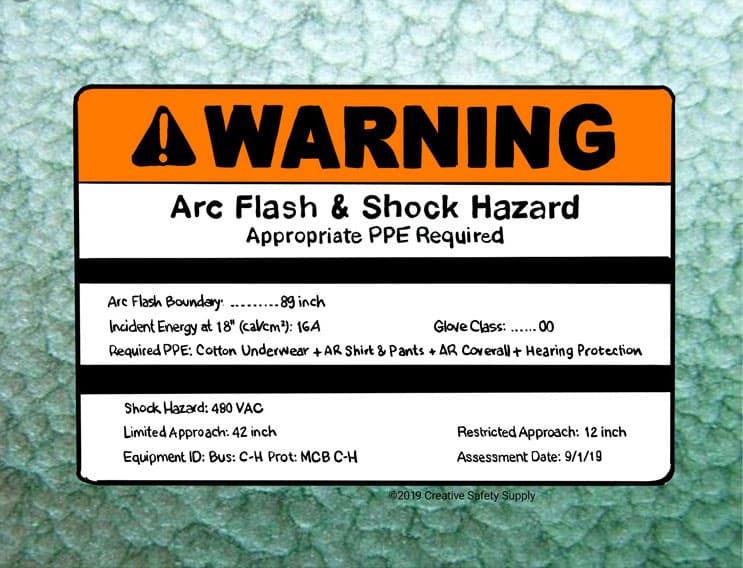 While the 2020 edition of the National Electrical Code is still in development, the revision process has already begun. There several likely changes to the Code. Next year’s edition will feature important alterations related to surge protection, GFCI protection, emergency disconnects, and other electrical safety topics that need addressing. It also will present the latest comprehensive regulations for equipment installation, grounding, overcurrent protection, and electrical wiring with technological advancements incorporated.

Revisions that are likely going to be included in the 2020 NEC edition involve:

By the time the final version of the 2020 NEC is published, the above revisions will have been thoroughly debated and reviewed by electrical safety professionals.

Why is NFPA 70 Important?

In the United States, anyone, including building owners and the cities that issue building permits, can be held negligent for creating a situation that results in the loss of life or property, or for failing to exercise care to avoid this injury to persons or property. Between avoiding this liability and the desire to protect residents, many cities have adopted and enforced codes that identify standards and best practices for safety. Not only do these codes protect life and property, they also help cities and building owners avoid lawsuits by creating a standard set of laws that people can universally adhere to. This is why NFPA 70 has become the standard for electrical requirements. Not only does it standardize electrical installation and maintenance, the NEC also ensures electrical safety.

In order to obtain their license, electricians spend an average of four years studying and practicing the NEC requirements through apprenticeships. Since the profession is standardized, electrical professionals are all on the same page and operate using the same safety codes. This results in less injury and death related to electrical work, and helps protect property as well as the lives of building residents.

The use of electricity is both necessary and dangerous. With regulations such as the National Electrical Code, the installation of electrical wiring and equipment becomes safer no matter the type of setting—whether commercial, industrial, or residential.