Electrical arcing occurs when a discharge of electricity is produced during an electrical breakdown of gases within the air. This discharge is continuous rather than momentary, which is what separates an electrical arc from an electric spark. The current’s intended path becomes disrupted, and it will instead travel between two points, either from one conductor to another, or to a grounded object nearby. When this happens, the conduction of electrical current is uncontrolled and the surrounding air is ionized. The point of the arc produces extreme light and heat, and this is known as the arc flash. An arc flash can cause severe injuries to workers in close proximity as well as property damage.

Electrical arcing may take place due to: 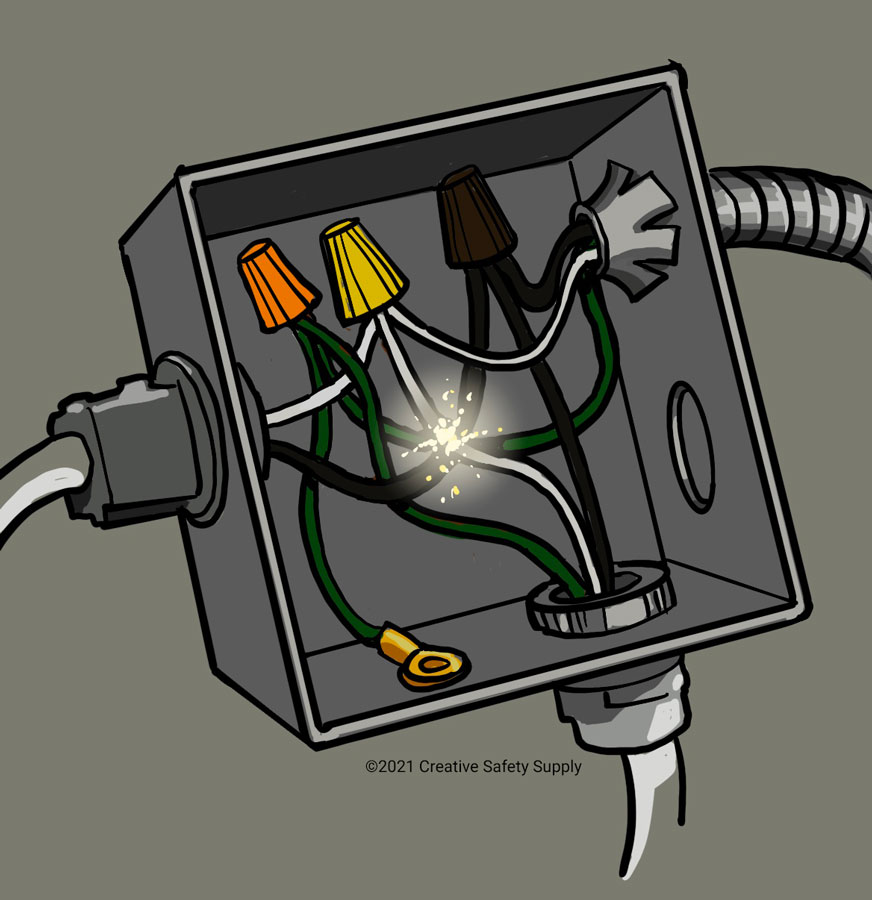 Electrical arcing can be extremely dangerous. It results in the release of an enormous amount of energy that may cause fires, severe burns, damage to eyesight and hearing, release poisonous gas, and even create a shockwave/blast that is similar to an explosion.

What Can Be Done to Prevent Electrical Arcing?

Preventative measures may be taken to restrict electrical arcing. The first step is to ensure over-current protection devices are properly installed. Since 2002, the National Electrical Code (NEC) requires new construction to incorporate arc fault circuit interrupters (AFICs) within electrical panels. Once a stray current is detected, these devices automatically shut down the circuit. Another preventative measure is to de-energize equipment before operation. Statistically, most injuries related to electrical arcing occur while equipment is in use. Through de-energizing, the chances of stray electric currents traveling between conductors or jumping to workers are minimized or completely eliminated. It is required by the NEC to conduct an Electrical Hazard Analysis before working near or on electrical conductors, such as equipment. This determines whether the conductors could be energized, what actions should be taken while work is being completed, and what else could be done to protect electricians and other workers who are regularly in contact with conductors that are potentially energized.