What does it mean to ground a wire?

In most electrical systems you will find a hot wire, a neutral wire, and a ground wire. The ground wire is not strictly necessary for the operation of a device, but it is still an important feature. This wire is designed to provide a path for electrical current to travel if the normal paths aren’t available. This could be because the other paths are damaged, or there is too much electricity for them. 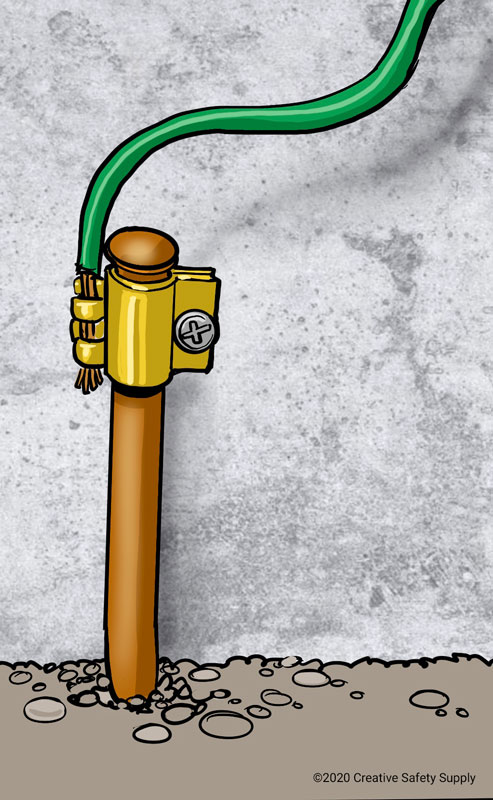 To put it simply, the ground wire is only used when there is a fault or other problem in the electrical system. Rather than having that excess electricity result in a spark or damage to the device, it can safely travel through this wire and into the earth.

Almost all electrical systems will have a spot for a ground wire to be connected. When running a ground wire, it should be connected to the designated place on the device, and then run to a safe location where the energy can be dispersed. This typically means having the wire lead into the earth, which is where this type of wire gets is name. In both home and commercial devices, it is common to have ground wires running from each outlet back to one central location (typically near the circuit box), at which point it will connect to a grounding rod. This rod will go directly into the ground so that the electricity can safely exit. It is also possible to have the ground wires connect back up to the electrical system so it can be sent back out to the electrical pole, where it will then be grounded, but that is not as common. Having a grounding rod for all ground wires to connect to in a building will make it much easier to add new wires and systems. While ground wires aren’t supposed to have current going through them unless there is a problem, it is important to follow all electrical safety standards whenever working with a ground wire to avoid the potential for electrocution.