What's the difference between a positive and neutral wire?

When working with any type of wires you will find that there are at least two separate wires within (and often three, when there is a ground wire present). Understanding the difference between the positive wire and the neutral wire is critical for safety, proper wiring, and ensuring the equipment that needs the power will operate correctly. The information here applies to AC (alternative current) electrical systems, which are the standard in most American facilities.

What is the Positive Wire? 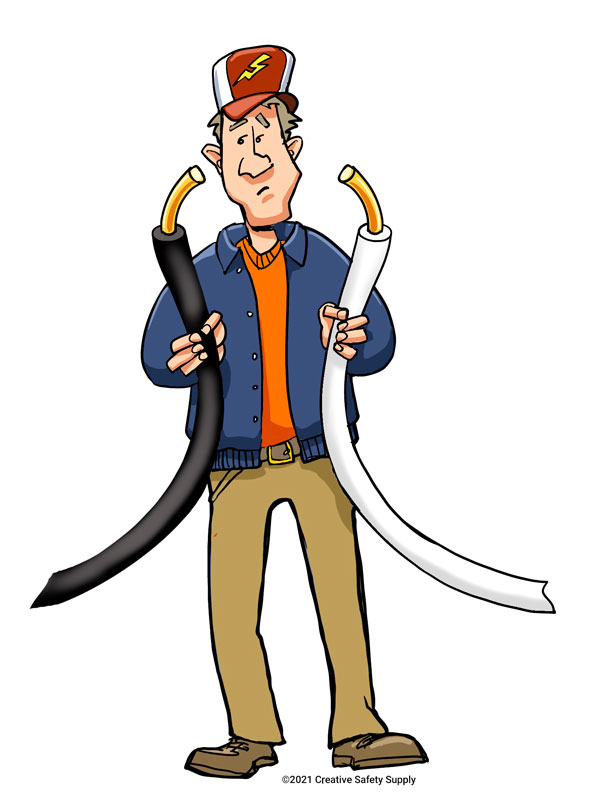 The positive wire, also commonly called the hot wire, will typically be black in color. It is the source of the electricity. The electrical current travels from the outlet or other power source on the positive wire, so if it is plugged in anywhere, it should be considered a live (and dangerous) wire. Whenever working on the positive wire, it is critical that the power is removed, and proper safety precautions are taken.

What is the Neutral Wire?

The neutral wire will typically be white. This is the path where any electricity that is not used by the equipment will travel back into the electrical system. AC power systems operate essentially as a loop where the electricity travels toward the machine being powered, then some of it is used, and then it travels back into the electrical system where it could potentially be used again. As with the positive wire, the neutral wire should be considered live and potentially dangerous. The electrical current will appear to be coming from the equipment that the wire is powering, so make sure the wire is disconnected from both the power source, and the equipment if it can potentially generate a current.

Both positive and neutral wires need to be hooked up correctly in order to ensure your electrical cords are able to safely and reliably provide power to the various systems in the facility. If anything is done improperly, it could generate a shock, arc flash, power outage, fire, or other dangerous situation. Only trained electricians should be working on wires in the workplace.