In the United States alone, emergency response teams receive fire alerts about every 24 seconds on average. With a total of 1,318,500 fires in 2018, the annual number of accidents involving fire has decreased across the U.S. by 2.5% from 2009. However, since 2009 the number of deaths has increased by 20.5% with well over 3,500 deaths a year, while the number of injuries has dropped by 17%.

To break it down even further, the third highest number of fires in 2018 took place at storage facilities with more than 22,000 fires, causing a total of 32 deaths. Assemblies, businesses, and health care centers came after with less, yet still devastating numbers. Aside from casualties and injuries, the cost pertaining to property loss in 2018 amounted to billions of US Dollars.

Considering these numbers, employers and homeowners alike should take care in the realm of finding and maintaining fire protection and prevention systems. However, this article will be discussing the importance of following the NFPA 25 code for large business facilities and manufacturing/storage plants. Following local and government mandated fire codes such as this one provides an extra layer of protection for business owners, employees, and the property they own and produce. 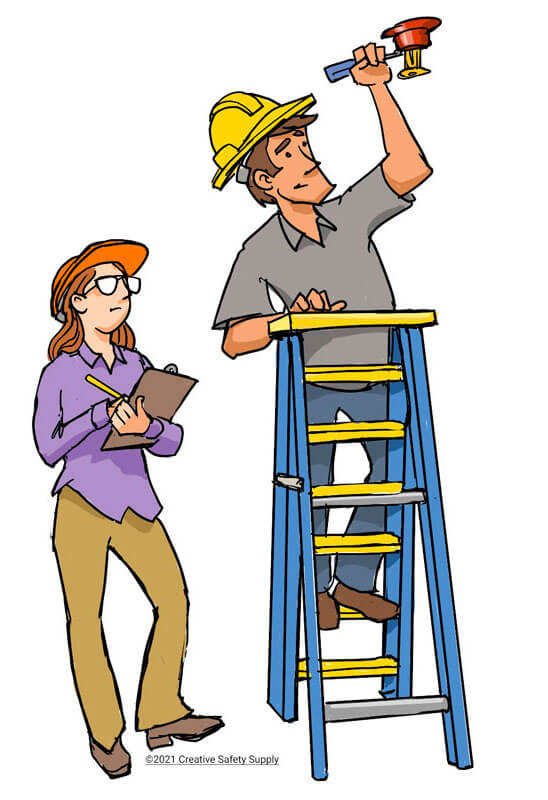 The NFPA 25 Standard for the Inspection, Testing, and Maintenance of Water-Based Fire Protection Systems is considered the baseline for exactly as its title states—a guideline for inspecting, testing, and keeping up with maintenance for water-based fire suppression systems, technology that almost every facility has installed. By following this code, fire incidents have the chance to be resolved quickly and effectively, and it allows for employee and employer confidence in their own fire protection equipment.

All the codes and standards that the NFPA has created are considered to be “living documents.” With that being said, technology rapidly changes around us constantly. Because of this, the NFPA as a standard setting body has to regularly update its materials to be able to offer the public with the most up-to-date information and strategies for staying safe. Updates to any of the NFPA’s standards and codes usually come out once every three to five years, only after a rigorous process of reevaluation that may take up to two years to complete.

Just like every other NFPA standard, NFPA 25 has also had some important updates announced in 2020, of which shall be gone over in detail near the end of this article.

This chain of command is a little complicated, however, the main thing to remember is that it is not under the enforcement of OSHA directly, but rather in the hands of the individual state’s government. On the other hand, NFPA 25 and other NFPA codes are considered best practice methods, so theoretically OSHA does have the ability to cite the general duty clause if employers are not providing the safest place for their employees to work.

The bottom of the line is that businesses and facilities need to look into their local laws and do deep research on what they absolutely need to have at the very minimum to protect their employees. After that, then they have the ability to go the extra mile to customize protection and prevention systems that work well within their unique working environment. 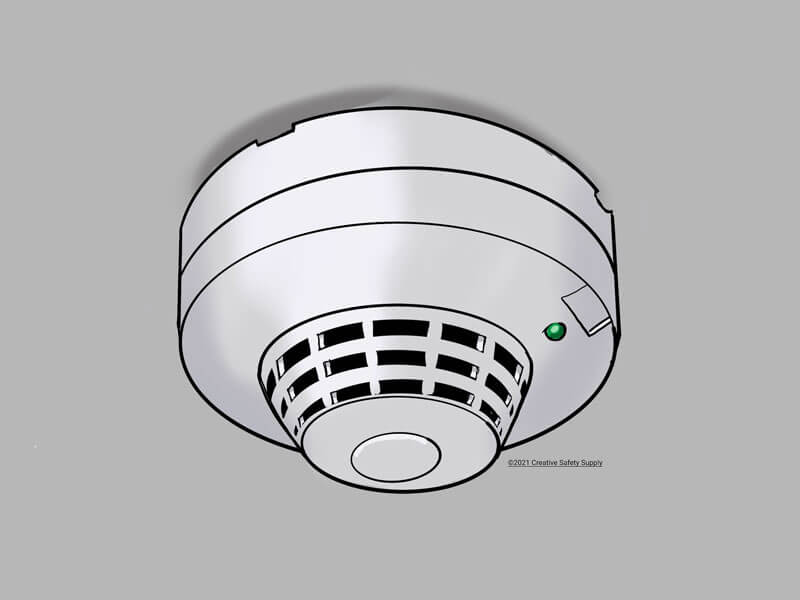 Fire protection is primarily concerned with the installation of equipment that works to put out fires and save lives. To put it simply, think of fire alarms, water-based fire protection such as sprinkler systems, fire suppression systems, fire extinguishers, and anything else that helps alert and stall the progression of a fire.

There are two broad categories of fire protection systems that every facility must look into when preparing for emergencies:

Before designing the building’s active and passive fire systems, the builders must reference the appropriate standards that their building needs to have to be code compliant. Performing this task will effectively keep their workers and the surrounding community safe after the building is complete. Try starting off with OSHA’s General Industry standards found in 29 CFR 1910. NFPA 25, of course must also be on that list.

Aside from standards and codes, there are several types of fire protection systems, both active and passive, that can be chosen from. The following are only some examples of the many forms fire protection equipment can take on.

Fire detectors are forms of active fire protection as they begin the whole process of evacuation and triggers other fire related systems within the building.

Fire suppression systems are forms of active fire protection. These are non-water sprinkler systems that either put out the fire completely or mitigate the fire until emergency personnel arrive.

Fire extinguishers are forms of active fire protection and are used by employees to extinguish small fires.

Fire doors are forms of passive fire protection. They prevent the spread of smoke and fire for a duration of time depending on the fire rating.

Firewalls are forms of passive fire protection. They provide structural stability while also being fireproof.

Fire rated ductwork is a form of passive fire protection. They prevent the spread of smoke and fire.

As can be seen from above, all the fire protection methods a company chooses to implement work together to create one harmonic system. Imagine if the detection system didn’t work, any of the passive fire protection systems didn’t do their job, or if the fire sprinklers were defective. Any one mistake within this system could, and would most certainly, result in catastrophe involving both lives lost as well as property damage.

Speaking of these interlocking components of fire protection, that leads us into our next topic of discussion—the fire prevention system.

What is a fire prevention system? 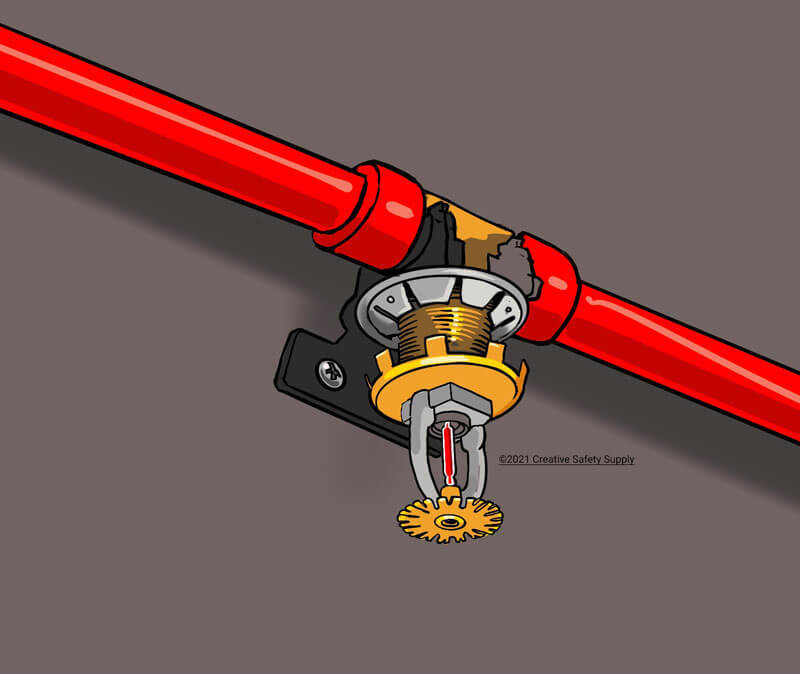 A fire prevention system relies primarily on the concept of scheduled maintenance to ensure everything is in working order. A notice of guideline maintenance may even be issued to impose the minimum level of maintenance required on these systems.

The NFPA 25 code covers maintenance, testing, and inspection of water based sprinkler systems, a common fire protection system for all buildings and facilities, whereas OSHA works to enforce appropriate risk assessment and hazard identification protocol. The combination of NFPA 25 and OSHA’s mandates on risk and hazard identification must be used together to have a fully rounded fire prevention system.

NFPA 25 2020 Updates
As technology changes, so does the regulations and rules that govern its safe use. The NFPA 25 standards were updated this past year to include some important changes that will hopefully expand options for employers as well as provide more guidance on particular hazards where necessary. Those key changes include: