What is the origin of Gemba?

The concepts behind Gemba were first developed in Japan. In Japanese, the word Gemba means ‘the actual place,’ and is used in a variety of situations. The police often call a crime scene the Gemba, and news reporters may say that they are checking in live from the Gemba. When it comes to workplace improvement, Gemba is the place where work is actually done. This is typically going to be a shop floor, production line, or something similar. 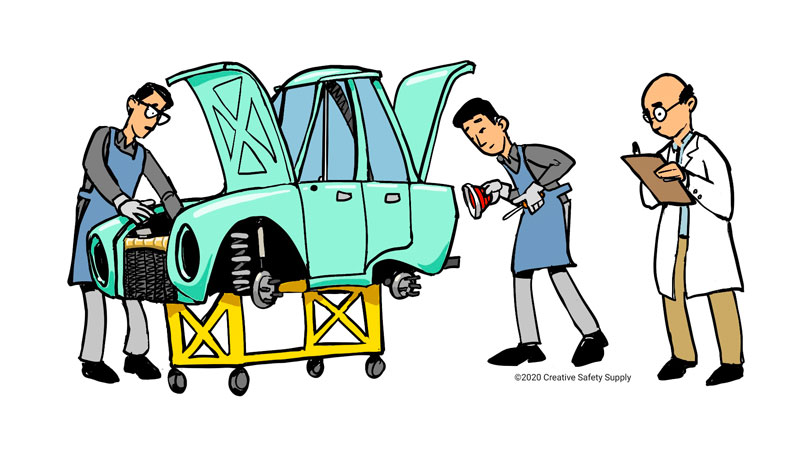 The history of Gemba in the context of workplace improvement isn’t entirely clear. It is commonly associated with other workplace improvement strategies such as Kaizen, Lean, and Six Sigma. These systems incorporate Gemba, or Gemba walks, into their overall way of identifying problems and coming up with solutions. Those workplace strategies were largely developed in the mid to late 1900’s by Toyota Motor Company, though there was contributions by others as well.

Of course, the idea of having management or leadership spend time with the front-line employees goes back as far as human history. In many ways, a Gemba walk could be compared to the way generals in army’s have spent time with their warriors to help boost morale and learn more about how things are doing.

In the late 1900’s and through to today companies have been formally using Gemba concepts to improve their workplace. It is most commonly called going on Gemba walks, which is often associated with something called ‘management by walking around.’ Whatever it is called, more and more companies are encouraging (or even requiring) managers to spend time on the front lines where the work is being done.

While every company does it differently, most of them that have formal Gemba standards in process require supervisors and managers spend at least an hour per week on gemba walks. Some recommend significantly more, especially if there are a lot of different places where the work is being performed.