Understanding confined space hazards is essential for workplaces that have these types of areas on site. Even if employees aren’t tasked with jobs that require their presence in these spaces often, they need to know how to keep themselves and others safe, as well as stay OSHA compliant. When trained properly, confined space safety efforts can minimize risks for those who are required to enter these areas. 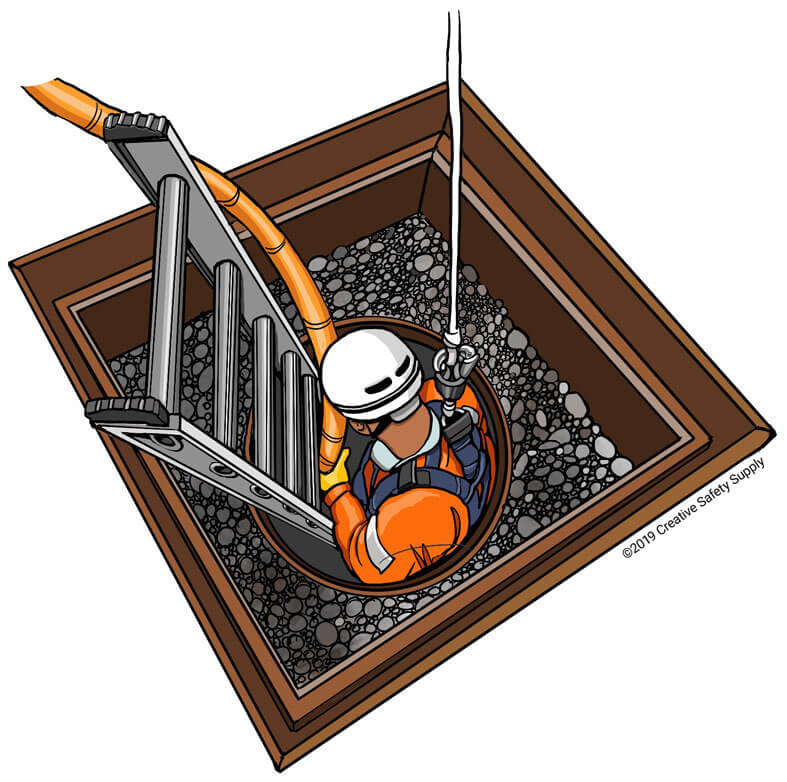 What is a Confined Space?

Confined spaces are areas that weren't designed for regular human occupancy due to size, restricted means of entry and exit, and a hazardous atmosphere. In many cases, a confined space also has the potential to cause someone to get stuck or run into a variety of other safety and health hazards such as a lack of oxygen or a risk of asphyxiation.

To get a better grasp at the vast characteristics of confined spaces, the following are a list of common places that are classified as such:

Hazards of a Confined Space 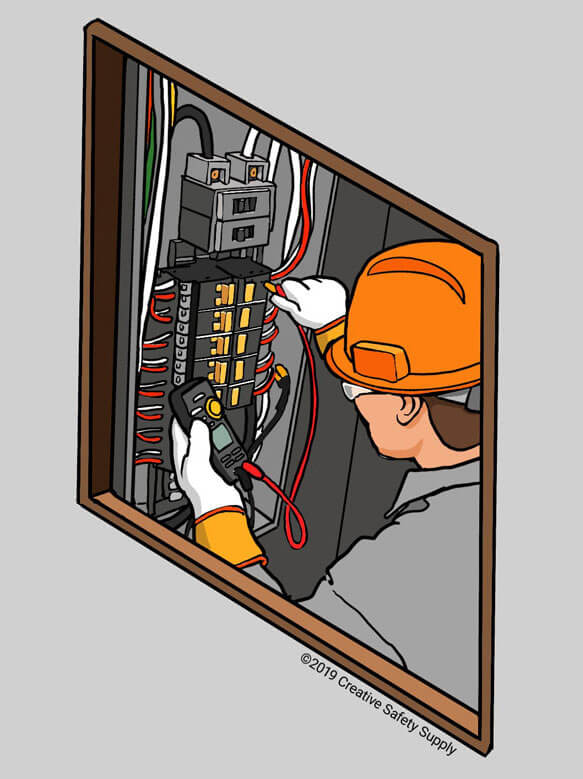 Around 2.1 million workers enter confined spaces to perform work related tasks every year. Out of those 2 million there are about 100 who never return home, 60% of those deaths being employees who attempted to rescue already trapped victims.

Entering a confined area needs to be done very intentionally to avoid problems. For example, employees who need to enter large pipes should understand that their body could cut off the light and their air supply, so they need to bring a SCBA for respiratory protection and a flashlight. The following are additional examples of existing health and safety hazards within confined spaces:

What is a Confined Space Entry Permit?

In many cases it’s up to the employer to decide when confined space entry is necessary. In others, however, there are federal regulations in place that require a permit to enter confined spaces. This rule is 29 CFR1910.146, and is very important for employers to be aware of before having anyone work in a confined area.

When in doubt, it is best to contact OSHA directly to have them help determine when a permit is required and when it’s not. Depending on the situation, they can either evaluate a confined space over the phone or send out an inspector to help look at the area and make a determination.

Another great option is to use the OSHA Confined Spaces Advisor. This is an online tool that goes through a number of questions. Based on the answers to these questions, OSHA will make recommendations on whether or not the area is classified as a permit space.

When it has been determined that a permit is required for a confined space, the employer has a number of requirements to follow for ensuring the safety of their employees. Just to be clear, these best practices are also excellent to follow even if the confined space being entered is a non-permit area. 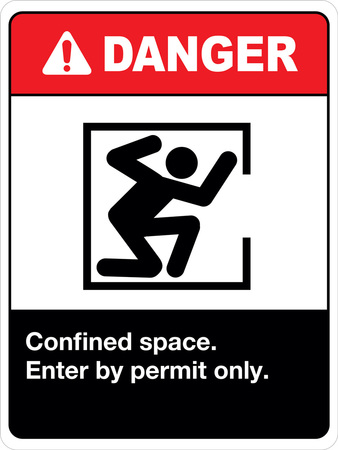 First, the confined area should be clearly identified with a safety sign. This can be done using a sign on a post or on a doorway. The safety sign should clearly identify an area as a confined space and let people know not to enter without first getting the proper permits and permissions.

As with just about all workplace safety efforts, being safe in a confined area starts with proper training. All employees who work in or around confined areas must go through a formal training program provided by their employer. In many cases, these training programs need to be approved by OSHA in order to get the necessary permits. Regularly taking safety classes and taking opportunities for refresher training are also excellent.

Even in areas that aren't legally defined as confined spaces providing training to anyone who works in smaller environments due to the elevated risks is still recommended. Most companies that provide this type of training do it as part of their new employee orientation process, and then also invite seasoned employees to take the training if they are changing jobs or need a refresher.

The potential exits of a confined space should be clearly marked so the employees can see them. These exits should be marked with something that can be seen easily, even if the area became dark or smoky. Having the ability to exit a confined space quickly is one of the most important ways to stay safe.

Personal protective equipment is extremely important when working in a confined space. Just like under normal working conditions, the specific types of PPE required will vary from location to location. Hard hats, protective gloves, shock-resistant clothing, facemasks, eye goggles, hearing protection, and more may be required to keep employees safe.

Employers are legally required to provide the necessary PPE for employees working in confined spaces. All PPE should be kept in an area near the entrance to a confined space, and signs should be put up letting employees know that they cannot enter without first putting on the required PPE.

Other Equipment for Confined Spaces 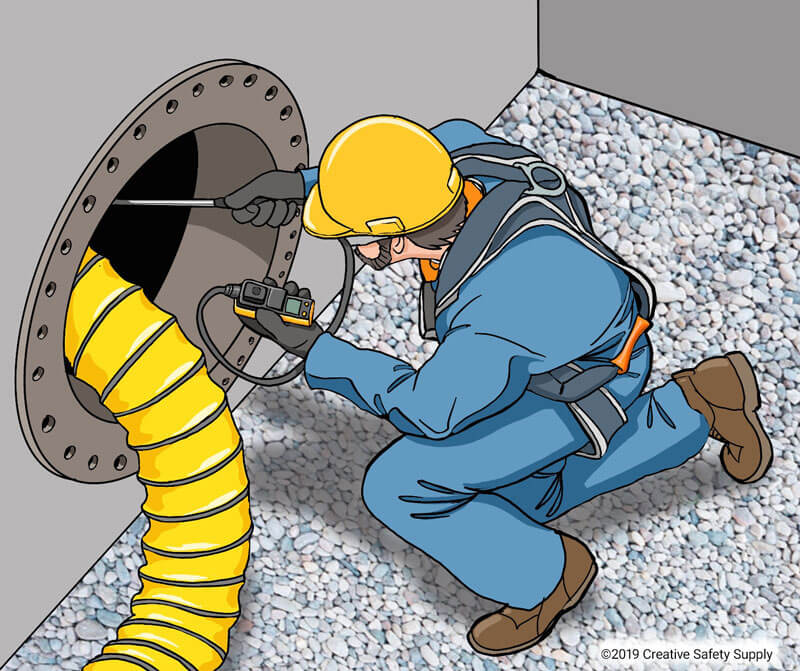 Aside from basic PPE, training, and visual reminders, there are a couple of other pieces of equipment needed in both permit required confined spaces and non-permit spaces. Those include:

Investing in the right type of equipment for working in an enclosed area is critical for the safety and health of employees, as well as for remaining in compliance with OSHA regulations.

One of the biggest problems with confined space safety programs is that many employees and even employers don't take them seriously. While everyone knows there is a potential for danger in a confined space, people become overconfident that an accident won't happen to them. Employers and employees need to realize that the safety and health hazards listed above can happen to anyone at any time.