Getting Started with Kaizen

Kaizen is a Japanese term that means improvement or change for better. In business settings, it refers to a strategy of continuously improving how things are done. Unlike many other business strategies that apply to specific areas, Kaizen is supposed to involve everyone in a company from the CEO all the way down to the front-line employees.

This strategy is best known for its use in manufacturing and warehouse facilities, though it has also been used in just about every other industry out there. This includes health care, information technology, life coaching, banking, and even government. With a proven track record of success, it is easy to see why so many companies are attempting to successfully implement Kaizen to get their desired results.

While most people assume Kaizen was originally a Japanese idea, its history actually begins with the United States-Training Within Industry (TWI) program. This program encouraged small, incremental improvements in any activity rather than massive changes. This program was used extensively during World War II because there typically wasn't the time or resources needed for large-scale changes.

After WWII concluded, the U.S. occupation forces brought in experts in this type of business methodology to help rebuild Japanese industry. They took the existing strategies of incremental improvement and added in statistical control methods to help track improvements and other activities to get the best possible results.

The name Kaizen came from a video used to provide this type of training. The video covered the Three TWI "J" programs. It stood for Job Instruction, Job Methods, and Job Relations. The title of the video was, "Improvement in 4 Steps," which translated to "Kaizen eno Yon Dankai." Over time, people just began referring to the practices that it taught as the Kaizen method.

While the concept that led to Kaizen started with the U.S., Kaizen gained much of its widespread popularity after it was used by the Toyota Motor Company. The Toyota Production System is known for its implementation of Kaizen and the improvements it generated. In this system, Toyota made it clear that they expected all line personnel to immediately halt their production whenever an abnormality was found.

When production was halted, the employee and their supervisor would look at the abnormality and try to find what caused it. They would then propose a solution to resolve the abnormality. Over time, these small improvements built on each other and eventually the total number of abnormalities on the line got quite low.

One of the biggest advantages of the Kaizen process is it can help a company identify and eliminate many types of problems. As mentioned above, rather than pushing to keep a production line running at all times, Kaizen actually encourages employees to stop production to find the cause of problems. While this can reduce uptime in the short term, it will help significantly as more and more issues are identified and resolved.

One of the most important parts of the Kaizen process is the PDCA cycle, which stands for Plan, Do, Check, Act. It is also known as the Shewart cycle or Deming cycle. The cycle gives structure to the process of determining why a problem or abnormality has occurred.

Each of the steps in this process is very important for a variety of reasons:

Another process used within Kaizen is known as the "5 Whys." As the name implies, in this process the people looking for the cause of a problem keep asking why until they have found the actual cause of the issue. The idea is to try to get to the root cause of the problem rather than just addressing the symptoms. While the number of times why needs to be asked will vary, five is generally considered to be about the right number.

For example, if a part comes out of a machine with a cut that is not straight, one would ask why this occurred. The first answer may be because the blade within the machine is no longer sharp enough to complete the cut every time. When asked why that is, the answer may be because it has been used for a high number of cuts, which has caused it to become dull. When asked why this is, the answer may be that replacing the blade is not a part of a routine maintenance schedule.

So, this would help those looking at the situation learn that the root cause is that the blade is not replaced on a regular basis. The solution to this problem would then be to add in a procedure to change the blade every 10,000 cuts (or whatever the proper frequency should be). 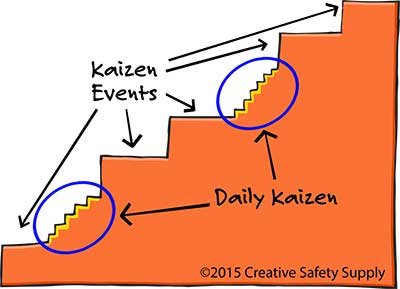 Learning about Kaizen and the concepts behind it is very important. At some point, however, it is time to actually run a Kaizen event. Running a Kaizen event for the first time doesn't have to be difficult, as long as the right steps are followed. It is also important to keep in mind that even if things don't go perfectly, an event will present additional opportunities for improvement in the future. The following are some key steps for learning how to do Kaizen events.

Every Kaizen event is unique. These events typically last somewhere around 3-5 days. During this time, the people on the Kaizen event team will dedicate most, or even all, of their time to the event. While this can seem like a lot of downtime for the employees, they will be working on production improvements that can benefit the company for years to come.

Once companies are able to recognize the long-term benefits Kaizen events offer, they are much more likely to encourage them. Until that point, however, it can be difficult to get the needed buy-in from leadership teams. Some ways to encourage leadership teams to approve these events include:

The first step in any Kaizen event is to identify which area of the business needs improvement. All companies have places where improvements can be made. One of the easiest ways to identify an area for improvement is to go through the following concepts and see where there is an opportunity in a facility:

The specific area of improvement chosen for a first Kaizen event will typically be something fairly simple, just to help get through the first one successfully. Since Kaizen is designed to be a series of smaller improvements, however, all of them should be fairly straightforward. 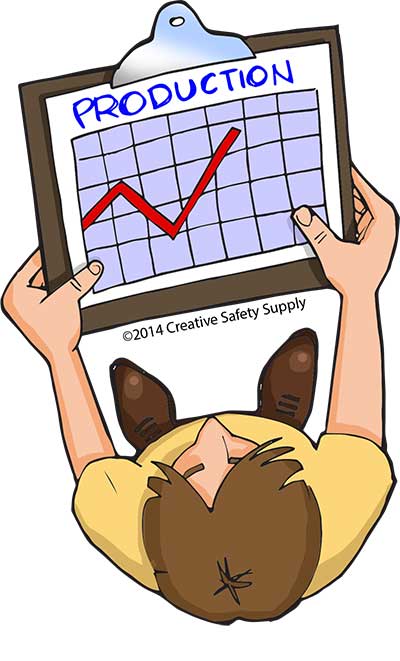 All Kaizen events will need to have a team that works on them. While the teams can technically be any size, it is generally recommended that they are somewhere between six and twelve people. The team should be composed of both front-line employees and members of the management staff.

One person on the team needs to be chosen as the leader, and it should be someone who is not directly involved with the area where the improvement is taking place. This will help ensure they are able to look at the situation objectively, without any pre-existing biases.

For the first few Kaizen events, it will be necessary to conduct training sessions for those on the team. The training sessions can go over the Kaizen concepts, its history, and why it is so effective. At this stage, it's also important to explain how the people on the team were chosen and what their roles will be.

If everyone on the team already has experience working on Kaizen events, this step can be skipped.

Once the team is ready, participants will begin going through the Kaizen process as outlined above. Looking at the problem, brainstorming solutions (PDCA cycle, etc.), and then making the changes are all done at this stage. This stage also includes the time spent gathering data before, during, and after any changes are implemented.

Reporting on the Event

Almost all facilities will have the Kaizen event team write up a detailed report about the event, which will then be presented to the senior management team. This report should go over detailed information concerning why this event was held, what the goals were, what the results were, and whether or not it was a successful event.

Once a Kaizen event has been completed successfully, it is important to celebrate that success. Depending on the scope of the improvement, this could be a casual recap meeting with free coffee or it could be a larger corporate event where the improvements are shown to the rest of the company. 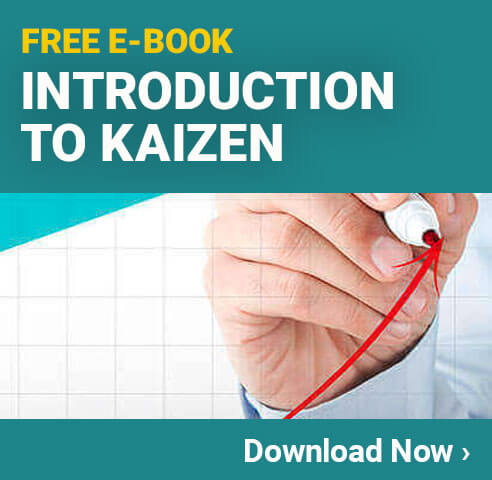 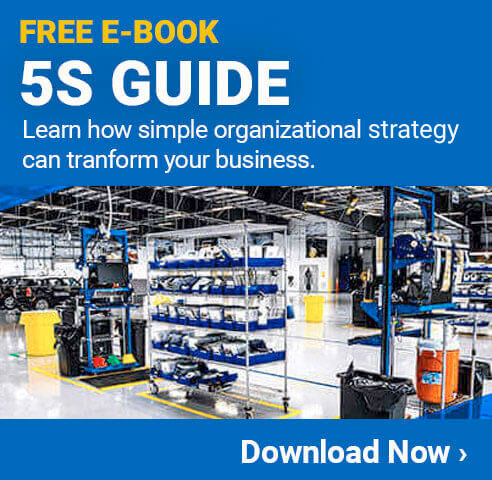 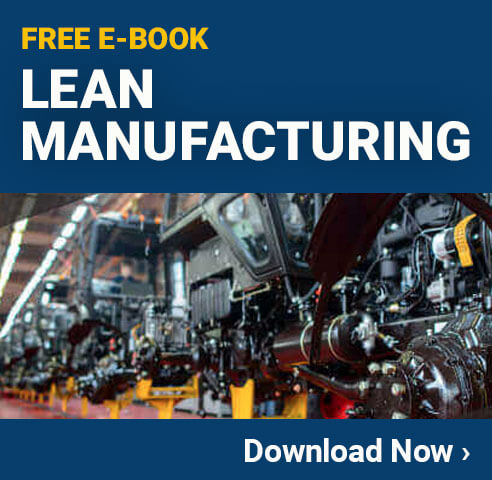