A base is any molecule that accepts a proton, while an acid is any molecule that releases a proton. For this reason, ammonia is considered basic because its nitrogen atom has an electron pair that readily accepts a proton. However, ammonia is classified as a weak base which is a chemical compound that doesn’t completely break apart into ions in an aqueous solution. When molecules break apart into ions the process is called dissociation. This forms a different chemical structure to become either a weak base or a strong acid and vice versa. 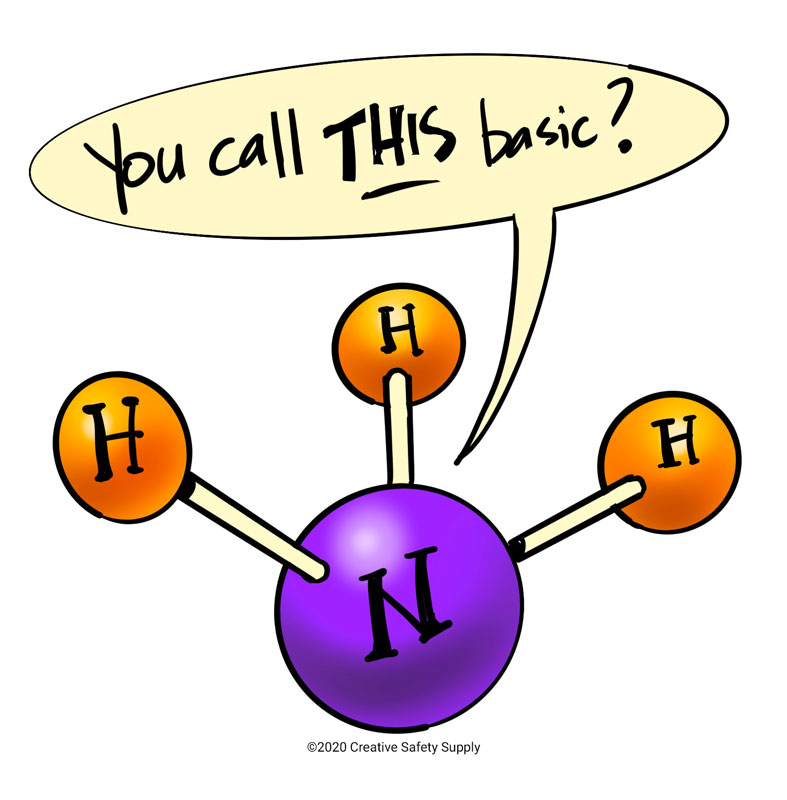 Ammonia doesn’t contain any hydroxide ions to begin with, but when it’s dissolved in water it acquires hydrogen ions from the water to produce hydroxide as well as ammonium ions. However, ammonia doesn’t fully convert into hydroxide and ammonium ions in a solution, which is why it is considered a weak base. When it does break apart, it turns into positively charged ammonium ions (NH4+) and negatively charged hydroxide (OH-) ions, but some of the ammonia molecules are still bound together. Because of the fact that not all the molecules were broken apart, the dissociation is considered to be incomplete as only a very minuscule percentage has actually produced hydroxide ions from the ammonia molecules.

Now, when bases or acids are classified as strong or weak, this classification is only meaningful in regard to how concentrations of a given chemical’s reaction is determined. It does not describe how reactive, oxidizing, or caustic they are. Strong bases can be just as caustic and dangerous as strong acids. Take anhydrous ammonia as an example: it has a pH level of about 11.6 yet it still gives people chemical burns and causes severe irritation to the mucous membranes, skin, and eyes, just like how hydrochloric acid (pH of 0) exposure is corrosive to those same areas.