What information is included on a barcode?

Barcodes have been used in many types of industries for many years. This technology was first patented in 1951, but didn’t become widely used for around twenty years. The reason the barcode is so popular is because it allows machines to quickly read a code to gather specific data. With the traditional barcode, which consists of vertical lines of varying thickness, the data that was encoded was simple numbers and letters. Computer systems could be programed to display a huge amount of information based on the data gathered from the barcode itself, however, which made it very powerful.

Today there are quite a few different types of barcodes, many of which do not even use the vertical lines that are commonly seen. They are still classified as types of barcodes because they are used in much the same way. Traditional barcodes are often called one dimensional, or 1D, barcodes. Many modern options are called two dimensional, or 2D, barcodes. This is because they use a variety of shapes and sizes, which allows much more information to be contained within them.

Our free barcode generator allows you to create custom barcodes readable with any scanner.

For example, “QR” codes are extremely common today, and in many industries are replacing the traditional barcode format as the standard. These codes can have a lot more information contained within them and are often used to trigger specific actions on the device reading them. For example, anyone with a modern smartphone can scan a QR code and it will automatically know to open a specific website. Since QR codes can contain so much more data, it can be used for more things without running into issues with duplication.

In addition to containing data within the code, it is important that the scanning devices are able to read that data very quickly. Fortunately, thanks in large part to higher definition scanning technologies, it is possible to almost instantly read many different types of barcodes with extremely low error rates. This has helped to dramatically expand where and how this technology is used in the world. 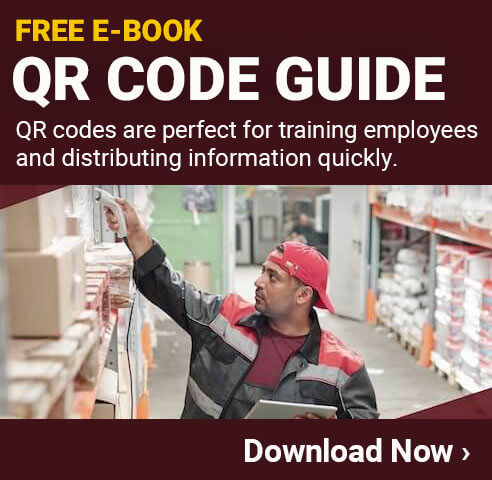