What are lockout/tagout devices?

Placing a physical locking mechanism on either the electrical supply cord or the place where the machinery is plugged in is absolutely necessary when using lockout/tagout procedures. Then a tag, hence the name tagout, must be placed on or near the locking device to indicate the source of energy as well as who is working on the machine at the time.

These devices are what serve as both a physical barrier and visual reminder for preventing other people from inadvertently energizing a machine. They can be used for a number of different types of applications regarding energy release. Those include:

Not only do lockout/tagout devices protect those who are working on de-energized machines, but they also protect the company when it comes to regulation compliance. Knowing that, it’s important to realize that LOTO devices exist because they have been proven to work when it comes to keeping people safe from dangerous equipment during standard maintenance procedures. 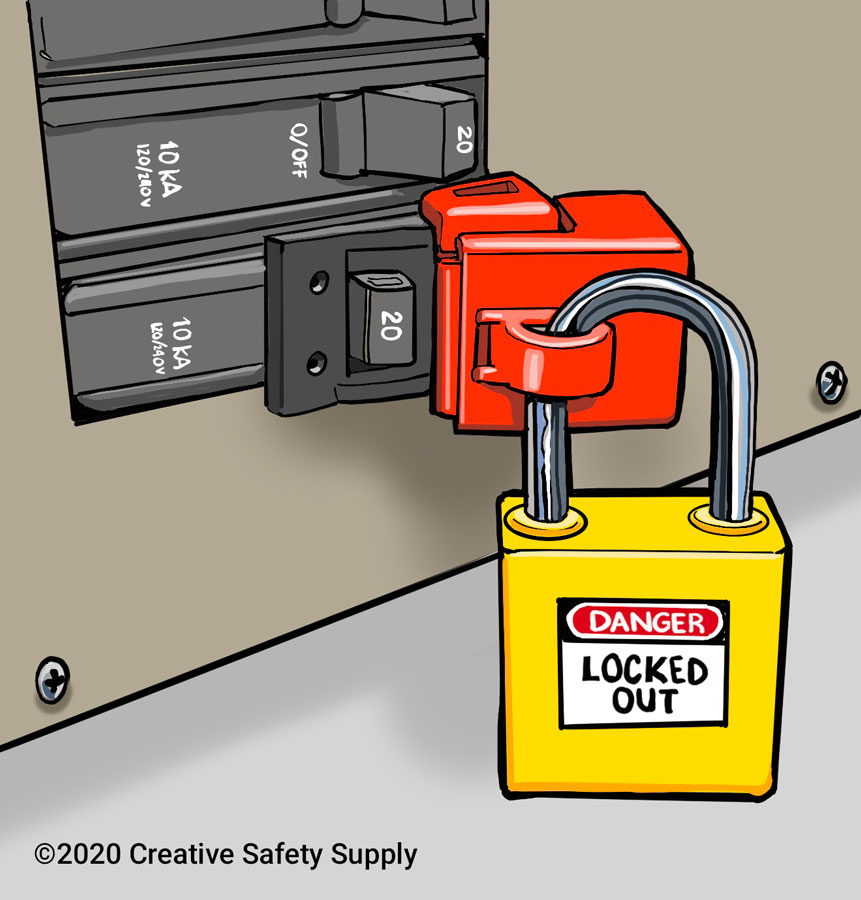 There are quite a few different types of LOTO devices that a company can use for machines and equipment. Becoming familiar with these devices and the way they work can help ensure you pick the right one for your facility.

Who Requires and Enforces the use of LOTO Devices?

In order to control hazardous energy, lockout/tagout devices are crucial—and required by OSHA standards. The most important one to be familiar with is 29 CFR 1910.147, the Control of Hazardous Energy. The key points in following this standard include:

By following the general rules set forth by OSHA, any and all companies will be well on their way to keeping their employees safe from hazardous energy. With that being said, let’s move onto the common types of LOTO devices that can be seen being used out in the field.

There are numerous different kinds of lockout/tagout devices available for use. Of course, the style and type of LOTO device can vary depending on the type of work that is being done, as well as any applicable federal or state guidelines that must be followed during the lockout/tagout process. The following is a list of some of the most common LOTO devices that can be seen being used within facilities.

Remember, lockout/tagout devices are visual reminders that also physically restrict access to an energy source. If not used properly in accordance with OSHA’s regulations, those devices may not work as well as they should. This means all employees must follow all facility protocol that should have been gone over in training. Lastly, simply being aware of your surroundings gives you the chance to avoid endangering yourself, and the people around you.