What does LOTO stand for?

LOTO, known in the working world as Lockout/Tagout, is a vital safety strategy used to protect a facility’s workers from being harmed by hazardous energy. Hazardous energy is defined as the potential stored energy in equipment that may suddenly be released when workers are servicing equipment. This type of energy can be expressed electrically, chemically, mechanically, hydraulically, thermally, and pneumatically. The release of hazardous energy can be unpredictable and can ultimately cause severe harm or even death to workers who are performing a task on a specific piece of equipment. 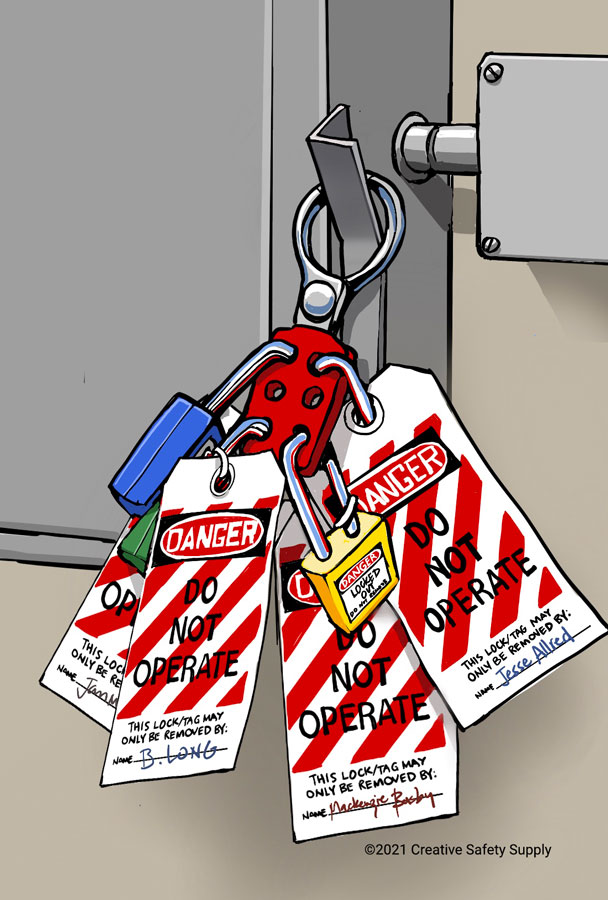 Lockout/Tagout is named for the tags that are placed on the equipment as well as the locks and tags that are placed on its energy source when isolating power from the equipment. The power running to the machine should be shut off by flipping a breaker switch or closing a valve during the LOTO process. The reason for this is because LOTO requires machines to be disconnected from all potential energy sources before employees perform routine maintenance or repair equipment. By controlling all energy sources directed at the equipment, there is less of a risk posed to the employee while he or she is performing tasks.

Physical tags are used for locking and tagging out equipment because they help create a clear and complete message regarding work taking place on that machine. Each tag has a space for the name of the authorized personnel who is the only one who is allowed to remove the tag from its safe energy isolating position. The removal of a tag is done only when the work taking place on the machine is complete. This is to make sure that no worker is in danger of the machine accidentally starting up resulting in harm to the worker.