The critical path method, or CPM, is used in many industries to help with planning and executing projects. It is especially useful for larger projects that will take months to complete. The method is used as basis for the project schedule, as well as identifying dependencies along the way. In manufacturing and similar industries, the critical path method can be adapted for continuous work to maximize efficiency.

In these types of diagrams, the central continuous path is known as the critical path. This path would also be the shortest way to reach the goal, but is only possible if those other tasks that break off are either optional, or already completed in advance. There are many benefits to using this method, which is why it is so popular across many industries.

Benefits of the Critical Path Method

Guidance on When to Start Tasks 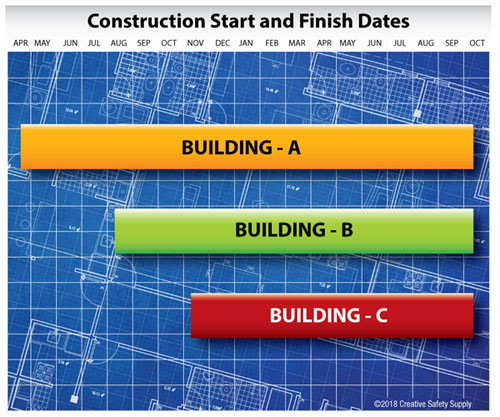 One of the most significant benefits of the critical path method is that it makes it easy to decide when to start each part of a large project. The goal is to start each step at the proper time so that it will be finished right as the end result is needed. This is important because when a company starts a step too early, the end result may be left sitting, which is wasted time, or may even become obsolete or outdated, which can be very wasteful.

An example of this would be if a company needs to build three large structures for a project. The first structure will take 30 months, the second will take 20 months, and the third will take 10 months. Rather than starting all three structures at the same time, the critical path method would have only the first building started initially.

After 10 months, when the first building has 20 months left, work would begin on the second building, which will take a total of 20 months. After another 10 months have passed, work on the third building will begin, which will put the project on pace to have all three buildings finish at the end of 10 more months.

If all three buildings were to be started at the same time, there would need to be three separate teams working on just the foundation, and each step beyond the foundation. The CPM is much more efficient because it eliminates this overlap in many steps for many projects.

When using the critical path method, those who are working on the planning phase of a project will be better able to identify which tasks are essential, and which are not. The essential tasks are those that must be done before the end of the project, and those that aren't essential either aren't critical at all, or aren't necessary right at the end of a project.

In the example above, an essential task would be anything that needs to be done before people can move into the structures that are built. Building the physical structure, running electricity, and passing safety inspections are all examples of essential tasks.

Non-essential tasks could be things like finishing the carpeting and painting on specific floors that won't be in use when the building is opened. Other non-essential tasks could include adding optional features, customizing areas for clients or departments, and much more. Anything that can be done after the completion deadline could be de-prioritized if necessary. 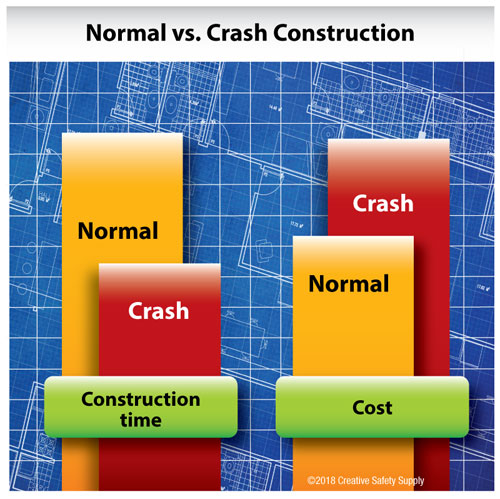 When using the critical path method, the term crash duration is used to refer to the shortest possible amount of time that it would take to complete an activity. If the company finds that they absolutely needed building two in the example above completed as quickly as possible, the crash duration would be determined.

This is done by looking at how fast that part of the project could be done if all non-essential steps were put off, and all employees or contractors from all the other parts of the project were called in to work on building two only. While this would delay the other parts of the overall project, this type of flexibility can make the critical path method much easier to work with compared to other strategies.

The critical path method is not just flexible when the company uses the crash duration scenario. It is also able to be adjusted and modified over time as different events take place. Most large projects can't be precisely planned for because there are many different variables.

When building structures, if the weather is bad it can delay one part of the project by several weeks. Suppliers that can't deliver materials can also cause certain steps to take longer than necessary. On the opposite end, there are times when parts of a job will go much more quickly than was anticipated.

With the critical path method, the project manager is able to go back and modify the overall plan at any time when adjustments are necessary. This can help ensure that the overall project is completed on schedule whenever possible, and also that team members are being as productive as possible throughout the project.

When to Use Critical Path Method

Project managers need to know how to determine if the critical path method is the right choice for a given job. In addition to being primarily for longer term projects, the CPM is also best for projects with many steps involving many teams.

While it is certainly flexible enough to be used for most any project, a good manager will evaluate each project based on what needs to be done to see if the critical path method is the right strategy for the job.