The Origins of TPS

Everyone knows the automobile giants like Ford, General Motors, Volkswagen, and Toyota. However, the modern-day versions that we are familiar with had to start somewhere! This article will be focusing on the Toyota Motor Corporation, which began as Toyoda Loom Works in 1926. This company also happens to be the birthplace of what we know today as the Toyota Production System, also called TPS.

Let’s dive into the origins of the Toyota Motor Corporation and its three most influential founders and engineers of the company: Kiichiro Toyoda, Eiji Toyoda, and Taiichi Ohno. Ohno and the Toyoda family took some components of Henry Ford’s mass production model and applied it to their own fledgling automobile company. Their goal was to reduce the cost of production while simultaneously improving quality and increasing productivity to meet customer needs. 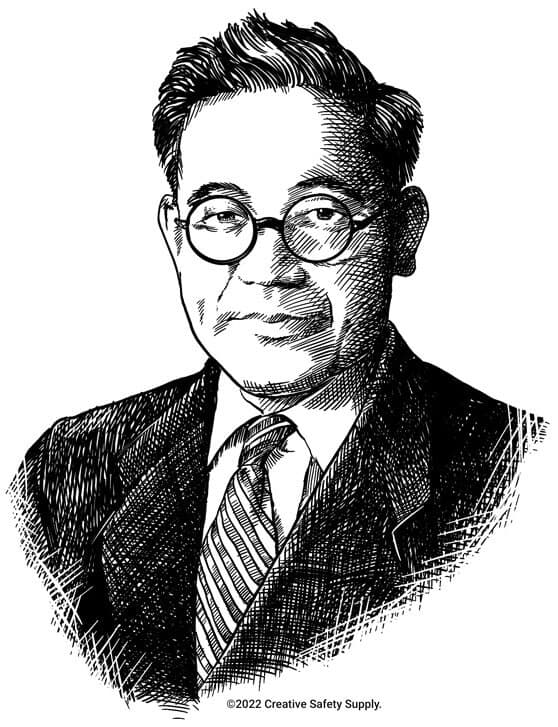 Kiichiro Toyoda and the Transition to Automobile Manufacturing

The Toyota Motor Company had to start somewhere! Sakichi Toyoda, known today as the “King of Japanese Inventors,” was the founder of his family business Toyoda Boshoku in 1918, a textile company at the time, which later became Toyoda Loom Works.

His son, Kiichiro Toyoda, began learning about the spinning and weaving industry after graduating from mechanical engineering school in 1920. Kiichiro left for the United States in 1921 as well as visited London, and Oldham in England, but what impressed him the most in his travels was the automobile industry that had been established for the United States’ middle-class population.

Upon his return to Japan, Kiichiro became deeply involved in the family business. However, after his first visit to the U.S in 1921, he was fascinated with the idea of passenger cars. In 1926 he convinced his brother-in-law, and president of the company, Risaburo to invest in an automobile division within the family business.

Finally, in 1933 the automobile department was established. In 1936, the department became a licensed company under the Automotive Manufacturing Act and a year later it became the Toyota Motor Corporation, an independent entity. Notice that the name changed from Toyoda to Toyota. The reason being because Toyota took only eight brush strokes to write, a lucky number in Japanese culture.

Kiichiro was vice president until 1941, then took on the role of president of the company. He passed away only 2 years after resigning in 1952.

Who Was Eiji Toyoda? 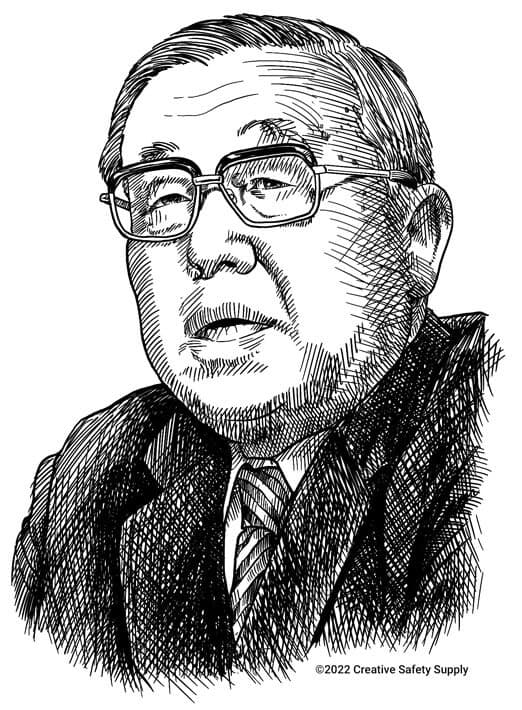 Eiji Toyoda was a Japanese industrialist who studied mechanical engineering at the Tokyo Imperial University. He was also the cousin of Kiichiro Toyoda, eventually leading him to work with his cousin at the Toyota Motor Corporation and take over as president in 1967 to 1981.

Eiji began working at Toyota in 1936 after he graduated with his mechanical engineering degree. 2 years later, he was asked by Kiichiro to oversee the construction of what became the Toyota headquarters in Koromo, Japan.

By the early 1950’s, the Toyota Motor Company managed to create 2,500 vehicles 13 years after the company was formed. Eiji made the trip to the United States in the early 50’s as well and was astonished of the quantity of product Ford was able to produce at the Ford River Rouge Complex in Dearborn, Michigan. In a single day, Ford was able to create 8,000 vehicles, a massive number compared to the paltry 2,500 in 13 years that Toyota had produced.

Eiji took back what he learned to Japan in terms of mass production. However, he worked to improve the method and eliminate even more wasteful practices with the help of Taiichi Ohno.

Who Was Taiichi Ohno? 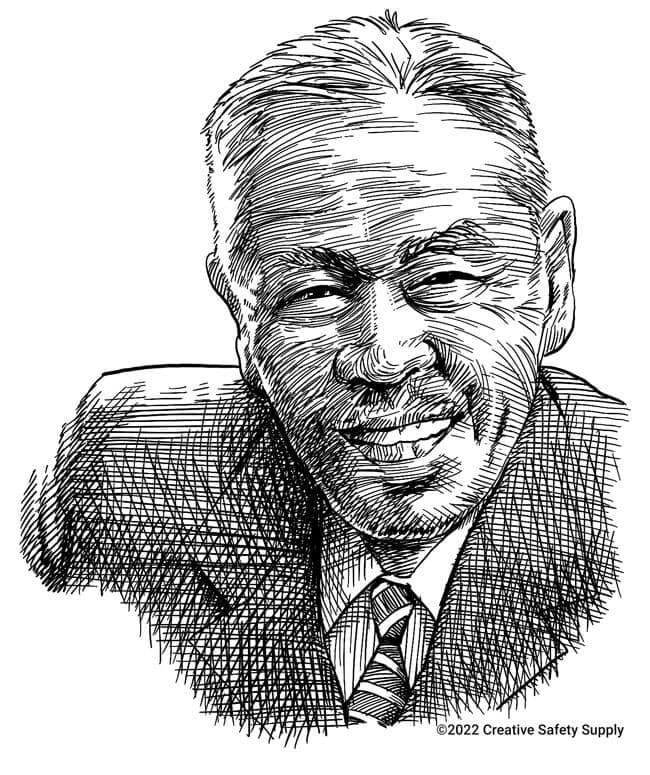 Taiichi Ohno was a businessman and a Japanese industrial engineer. Seen as the father of the Toyota Production System, he was one of the men that greatly influenced Lean manufacturing in the United States. A new way that emphasized quality while also maintaining quantity to keep up with customer demand.

Ohno’s father was a friend of Kiichiro Toyoda, which gave him a way into Toyoda’s spinning business initially in 1932 after he graduated from high school. In 1943, Ohno moved to the Toyota Motor Company as a shop floor supervisor where the automobile engines were being manufactured. It was here that he was able to eventually be promoted to become an executive member of the company.

Ohno was credited with the development of the “Seven Wastes” model. A key player in the elimination of wasteful practices within the manufacturing process and for many other industrial environments. Those were as follows:

The above seven components of the “Seven Wastes” model were a precursor to what we recognize today as the eight wastes of Lean. The eighth edition being the waste of non-utilized talent or skills of workers. This addition was made in the early 1990’s when the west began to utilize the Toyota Production System in their own factories.

Ohno was also very well known for what he called the “Ten Precepts” to both think and act to win. Those include the following:

By promoting these behaviors, Ohno was able to achieve a new level of production quality and productivity that the Ford Motor Company couldn’t match.

While Kiichiro and his father worked to build and pave the way for the Toyota Motor Company, Eiji Toyoda and Taiichi Ohno were there to expand the business and improve efficiency as well as productivity.

During their time there, a lot of change happened in terms of working protocol. Several different methods were put into place and regularly practiced such as:

Overall, the adoption of these practices was instrumental in Toyota’s success as a motor company.

The Basics of TPS

The modern basics of the Toyota Production system is often depicted as a house. We’ll go from top to bottom, starting with the overall goal of TPS.

The highest goal of any TPS program, depicted as the roof on the metaphorical house of TPS, is the need for the best quality, the lowest cost, and the shortest lead time. This makes for a productive workplace as well as satisfied customers who develop a relationship with the company by continuing to come back for their high-quality materials.

Next, we have two pillars that hold the goal up. One is Jikoda and the other is Just-in-time manufacturing. Remember, Jikoda is made up of the practices that allow for the machine or workers to stop what they are doing to fix a problem. It’s often described as automation with a human touch. JIT, or Just-in-Time manufacturing, focuses on the pull system, continuous workflow, and the calculated formula for Takt Time.

Those two pillars are set upon what is referred to as standardized work and it all sits on the foundation of the Toyota Way. The basis of this is continuous improvement and respect for people. According to the method of TPS, there is always room for improvement in a process.

The 14 principles of the Toyota Way

The Toyota Production System is often paired with the coin term “The Toyota Way.” After following these principles for years, the Toyota Motor Company finally decided to sum up their philosophy in 2001 on paper. The two key concepts being continuous improvement and respect for people. Those principles include:

Overall, Kiichiro Toyoda, Eiji Toyoda, and Taiichi Ohno were three of the most influential people in the creation of the Toyota Production System. They not only created the Toyota Motor Company into what it is today, but they also paved the way for a more productive and better workplace in general for employees with their standardized workplace practices.