Many companies today are debating whether they should implement the traditional 5S tools or move to the newer 6S option. On the surface, the biggest difference is that the 6th S in 6S stands for safety. This should mean that safety gets more focus with 6S than 5S, but many people wonder whether facilities that follow 6S are safer than those that follow 5S.

This is an important question to ask before moving forward with either of these proven waste reduction and workplace improvement concepts.

At first glance, it should seem obvious that using 6S is going to be safer than 5S because the former has a direct focus on safety. Putting safety in as one of the pillars of the methodology makes it impossible to forget about. It will also make it easier to propose and implement projects that are directed toward safety improvement specifically. When done properly, this can help your company eliminate waste in general and improve safety specifically, which is exactly what you want.

Those who prefer staying with the traditional 5S name, however, would say that adding in safety as its own pillar is unnecessary. Safety issues within a workplace frequently cause work stoppages, lost wages, lost productivity, and a variety of other types of waste.

Under 5S, these types of waste should be eliminated as part of the general focus on efficiency. In addition, going through the normal 5S’s will make the workplace much safer since it seeks to make sure that things are running properly at all times. The argument from 5S advocates would be that anything that is done to improve safety under 6S should be done anyway under 5S, but without the added complexity of the new pillar.

In the end, both 5S and 6S can help you to run an efficient and safe workplace. If you feel that having the added S for safety will help you to get improved results, then it is absolutely worth it to go that route. If you prefer the traditional 5S name, however, you can get all the safety benefits you want under that title as well. 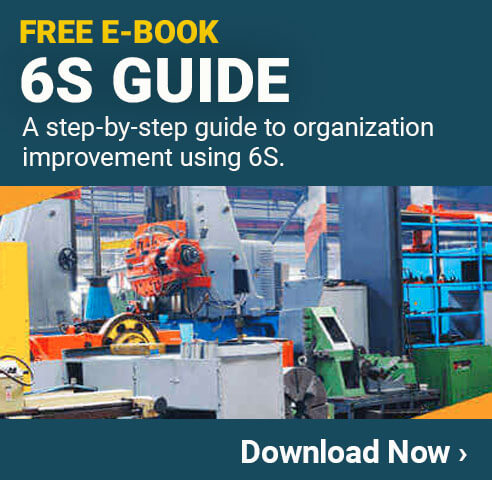