Which fire extinguisher is used for electrical fire?

There are different types of fire extinguishers that are used for different kinds of fires and all of them are highly dependent on what kind of material is being burned. In the case of electrical fires, also known as energized electrical fires, a class C fire extinguisher is needed to put it out. If this kind of fire occurs the source of electricity must be identified and shut off because the electricity itself will provide the fire with a constant source of ignition. These fires can escalate quickly and turn into another type of fire depending on the surrounding materials, whether that be standard combustibles like wood and paper, to the more drastic situations involving flammable liquids or gases. 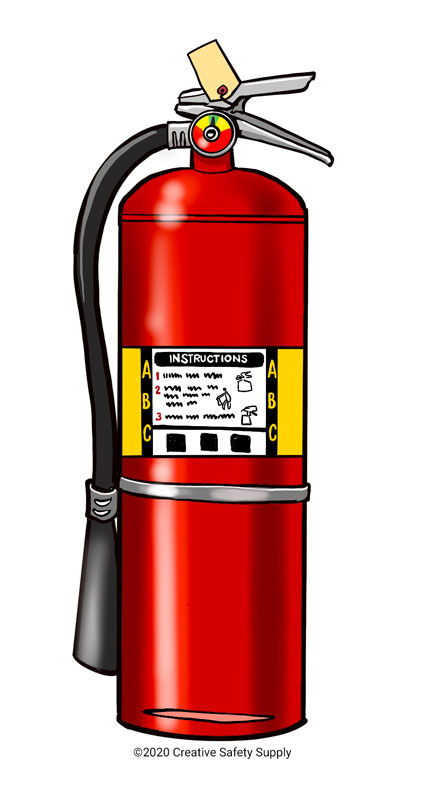 Power sources that are directly related to electrical fires can be any of the following:

Electrical fires need to be put out by a substance that is non-conductive unlike the water or foam found in class A fire extinguishers. If someone attempts to put out an electrical fire with something like water, there is a high risk of electrocution since water is conductive. This is why class C fire extinguishers exist; the substances that can be found in these types of extinguishers are monoammonium phosphate, potassium chloride, or potassium bicarbonate. Another option would be a class C extinguisher that contains carbon dioxide. CO2 is great for suppressing fires because it takes the fire’s oxygen source away as well as diminishes the fire’s heat since the CO2 is cold when expelled from the extinguisher.

Want to know how many extinguishers your facility needs?

The extinguisher contents listed above are non-conductive materials and are meant to aid in putting out fires involving electricity. However, it is always good to keep a class A fire extinguisher on hand or another type depending on what other flammable substances are around just in case the fire spreads to something else.

Overall, the best way to prevent these electrical fires is to have a trained professional come in to complete electrical work when needed rather than doing it alone and without the proper information. Other than that, regular inspections on objects requiring electricity to function as well as annual inspections on the fire extinguishers themselves are necessary.