When was OSHA developed?

President Richard Nixon signed the Occupational Safety and Health Act on December 29, 1970 effectively establishing OSHA as a governmental agency. The act and OSHA itself became effective April 28, 1971 and OSHA was officially formed. Between May 1971 and May 1972, OSHA adopted the existing national consensus and established Federal standards as a baseline for safety and health in American workplaces. 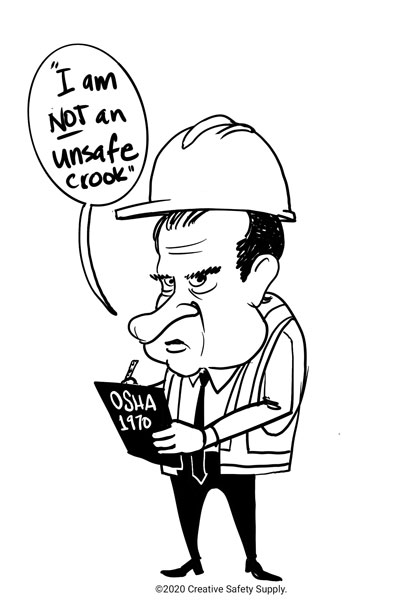 1972 also saw the first standards concerning asbestos exposure, extended coverage to state and local government workers, and developed standards for the construction industry. Fourteen comprehensive standards were developed for carcinogens and a standard regarding vinyl chloride was implemented. The following year was the year OSHA established an on-site consultation program aimed to assist small businesses.

In 1978, OSHA announced they were introducing new grants to support the development safety and health training and education in the workplace for workers and employers in high hazard workplaces. In the same year, OSHA issued a standard regarding lead and general industries saw a significant decrease in lead exposures. The Hearing Conservation standard was implemented in 1981, and in the following year the Voluntary Protection Programs were created. The historic Hazard Communication standard was introduced in 1983, and the rest of the 1980s saw the ground-fault circuit interrupter standard implemented, the farmworkers standard issued, the introduction to the benzene standard, testing laboratories regulations, the HAZWOPER standard, the lockout/tagout standard, and OSHA program management guidelines were introduced; it was a busy decade for OSHA!

The Confined Spaces standard was introduced in the early 1990s along with the Bloodborne Pathogens Standard. The mid 1990s ushered in a stronger standard regarding asbestos, fall protection regulations for workers in construction, a new construction scaffold safety standard, and a standard focused on logging operations.

If you’re interested in the developments made in the 2000s or want a more in-depth look at OSHA’s history, be sure to check out their timeline.