What is the ASME standard for pipe marking?

Pipe markings are used in a wide range of environments including commercial, industrial, and even residential. They are also used in structures around the world. These markings are an easy and affordable way to ensure those who need to know what is contained within a pipe can identify it right away. In order to make this process easier, most companies have adopted a set of pipe marking standards that was developed by the American Society of Mechanical Engineers, or ASME.

The current set of standards is A13.1, which was updated recently in 2020. These standards cover a variety of different areas related to pipe markings. 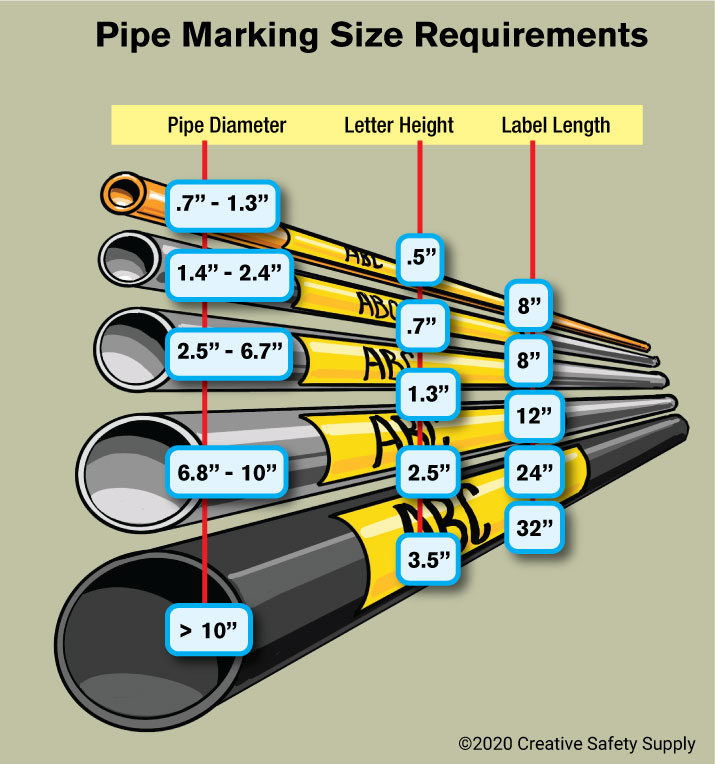 The ASME standards list a number of different components that need to be included on the labels used for marking pipes. The following are the main areas that are covered under the set of standards from ASME:

These are the main categories that are covered in the ASME standards. Maintenance workers, emergency responders, and many others will be able to identify a pipe's contents quickly if implemented correctly. This ultimately allows them the ability to make effective decisions while on duty. Even places outside of the United States use these standards, or a local version that is very much like the ASME instructions. This is because they have been proven to ensure the information that is needed is readily available