Known as the founder of modern management studies, Peter Ferdinand Drucker was an incredible inspiration to modern society as well as to those following his simple, yet revolutionary ideas on workplace management. Influenced early on by Joseph Schumpeter and John Maynard Keynes on the subject of innovation and entrepreneurship, Drucker grew interested in the behavior of people from a young age.

From then on, Drucker embarked on a journey centered around the relationship between people within a business rather than solely focusing on numbers or the behaviors of commodities. He was one of the first people to discuss the importance of “knowledge workers,” a term Drucker coined, and how this group would become some of the most valuable members of society in the 21st century.

Who was Peter Drucker? 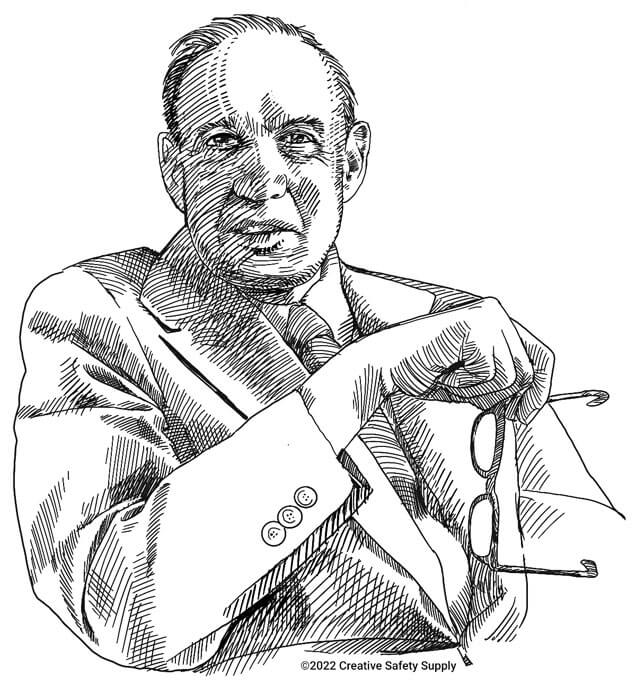 Born in Vienna, Austria in November of 1909, Peter Drucker was the son of Caroline Bondi and Adolf Drucker. Having a mother that studied medicine and a father who was a lawyer and high-level civil servant made for a household bursting with knowledge exploration and lively discussions. In fact, Peter’s parents often held what were referred to as salons, essentially regular intellectual meetings with others within their social circle. Because of that, Drucker was exposed to a wide array of thought-provoking discussions as a child with those who had backgrounds in politics, music, writing, science, and economics. Drucker himself even noted that this was essentially his education.

After graduating from secondary school in 1927, Drucker moved to Hamburg, Germany and began working as an apprentice within the cotton trading industry there. At the same time, Drucker attended classes at Hamburg University for admiralty law. Later, he worked as a journalist for The Austrian Economist. Upon moving to Frankfurt where he transferred to Frankfurt University, Drucker took on another writing job as the senior editor of the Frankfurter General-Anzeiger, the area’s largest news source.

Once Peter Drucker received his Ph.D. in international law in 1932 from Frankfurt University, he quickly moved on to England after two of his works were burned and banned by the Nazis. When residing in England he met and married his wife, Doris Schmitz. Together they moved to the United States in 1937.

It is here where Drucker became a naturalized citizen, a distinguished college professor, and a management consultant. Over the years, he worked for several colleges across the nation. The first being at Bennington College from 1942 to 1949 as a professor of politics and philosophy. From 1950 to 1971 he worked at New York University as a professor of management. His last tenure as a professor was at Claremont Graduate University in Claremont, California. It was at the Claremont Graduate School that he developed the nation’s first executive MBA program for working professionals and business management.

During his time teaching at Bennington College, Drucker also began his own consultancy business. His business led him to work with some of the largest companies out there at the time. The first one being General Motors, of which he used his finding as well as guidance during his experience there to write his book titled Concept of the Corporation. Drucker also worked with General Electric, Proctor & Gamble, and Intel.

Later on, when Drucker worked at Claremont Graduate University, he was deemed so instrumental to the school’s management program that the graduate program was named after him, becoming the Peter F. Drucker Graduate School of Management in 1987. The. Drucker archives at the college was created in 1999, which later became the Drucker Institute in 2006.

Drucker’s Take on Management by Objective

Management by Objective, also referred to as MBO was popularized in Peter Drucker’s Book titled The Practice of Management, which was published in 1954. The main idea behind the concept is that if employees work to help establish workplace standards, then they will be more likely to achieve those goals and meet the standards than if the business leaders were to establish standards themselves.

According to Drucker, there are five steps to building a successful MBO method, those include:

In short, MBO measures the performance of employees by comparing their output to the workplace standards that have been previously established for the position or job. What made Drucker unique in his idea of MBO is the fact that he believed workers of all levels must work together to reach the shared goal of the company.

This leads us into the act of quantifying company goals in the next section below. Questions such as, “can those goals be reached?” and “are workers able to achieve them?” must be considered.

What Does SMART Stand for? 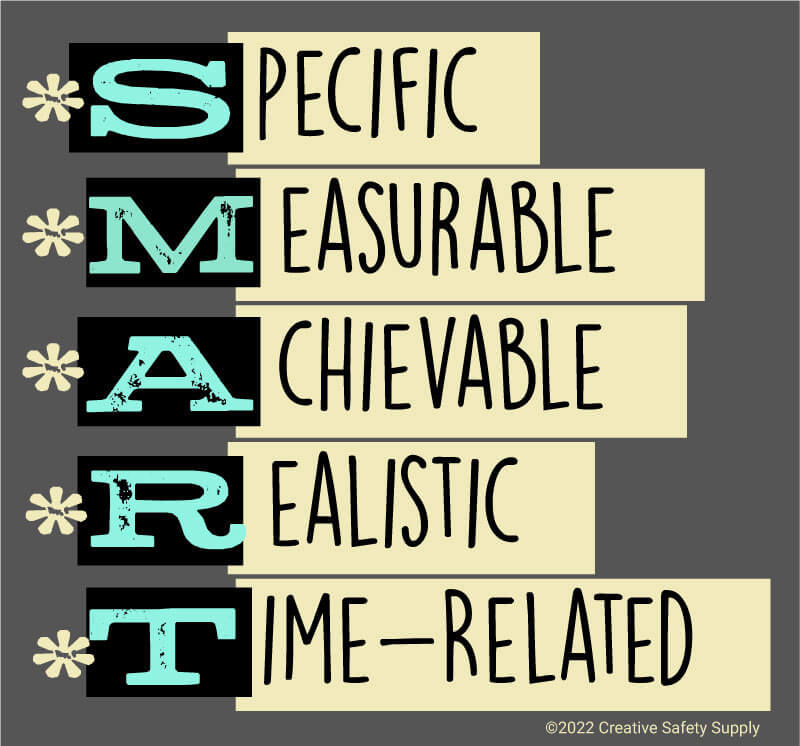 The SMART method coined by Drucker is still used today! It is in fact a critical element to achieve optimum Management by Objective protocol. The acronym stands for the following:

By utilizing this acronym, the user will theoretically be able to gauge if the task or objective is actually feasible by the staff. Without asking these questions, there is a high possibility of management creating objectives that are impossible to complete successfully.

Overall, it’s a good idea to think of SMART as a check system.

Basics on How to Implement Drucker’s Management Theory

According to Drucker, an effective executive or business leader within a company should be a leader rather than a manager. They must lead in a way that doesn’t impede creativity, as creativity is the key component to innovation.

There are four main parts to Drucker’s management theory that will work to get a company where it wants to be in terms of success in both the industry as well as building a healthy workforce. Let’s take the time to go over them.

One of the first steps, according to Drucker, is decentralization of the organization. At one time it was common for the CEO of the company to essentially have the final say in everything. Drucker was the one to encourage distributing the decision-making process across the entire company.

Not only does this improve respect for one another in the workplace, but it also allows for others to voice their concerns and opinions. His idea behind decentralization was that if employees were treated as equals, then they will be more confident and motivated towards work. Now this applies to all kinds of work, manufacturing to nonprofit management.

Taking the teamwork approach is essential for creating an environment that facilitates Drucker’s management theory. However, it must be noted that there is a balance between individual work and asking for inspiration from others. In this sense, upper management could be seen as coaches.

This step is where Management by Objective, or MBO, comes into play as well as SMART. Gathering your employees in a way that facilitates working together to reach a common goal is what sets the path for efficiency within the workplace. To do that, objectives must be established, according to Drucker.

Toss out the fear of failure by setting an example for your employees to innovate. This means taking calculated risks and not stifling creativity for workers.

Drucker stressed that no one person is perfect, and that making an effort to try something new may not lead to success.

Overall, Drucker took a very simplified stance on workplace management. He essentially boiled it down to being all about people. You might notice some similarities with Toyota’s mantra of respecting people in TPS.

A Man of “Firsts”

Peter Drucker had a lot to say and did so by contributing countless new ideas on the subject of management. Let’s go over three of concepts that he voiced first before anyone else.

From the knowledge worker to establishing customers, these are only some of the many ideas that Drucker came up with during his long tenure as a management expert. His very last lecture took place when he was 92 years old.

First mentioned in his book, The 5 Most Important Questions You Will Ever Ask About Your Organization, Peter Drucker listed the five most important questions that every knowledge worker in management must ask themselves about their company. Not only does this help an effective executive and other business leaders develop and allocate the right amount of energy and resources into the business, but it helps them define the purpose of the business aside from generating profit.

Those five questions include:

As for Peter Drucker’s impact globally, it can be said that in his seven decades of teaching, those that practice the philosophical and practical foundations of management have acknowledged and still acknowledge his core principles pertaining to the sustainable and respectful workplace in which innovation and creativity thrive. This article hasn’t come close to touching on Drucker’s vast wealth of knowledge. There’s so much that can be learned from his writings.

In addition to having the Drucker Institute established at Claremont in the early 2000’s, the Drucker foundation was also established to facilitate lifelong learning for non-profit organizations. Combined with Drucker’s writing, his knowledge is available to those who seek workplace improvement across the nations, as well as the world.

On one last note, since he was known as the founder of management, it can also be said that Drucker influenced the development of Lean manufacturing. You might notice some similarities yourself, check out the fundamentals of Lean within our free, downloadable, Lean Manufacturing Guide.

The Publications of Peter Drucker

Peter Drucker was a prolific author throughout his lifetime. Drucker wrote 39 books and many other publications including the Wall Street Journal, The Atlantic Monthly, The Economist, and The Harvard Business Review. His numerous publications have also been translated into more than 36 different languages.

His most notable works: