Photoluminescent tape is a special type of tape that will actually glow in the dark. Glow-in-the-dark tape can enhance the safety of your workplace by glowing for several hours after the lights are turned off. This glowing tape is commonly used to help improve the safety in warehouses, manufacturing facilities, and even on emergency equipment. One of the most popular applications for glowing tape is to line emergency evacuation routes; in the case of an emergency everyone will be able to follow the path to safety. Shop our glow tapes, glow-in-the-dark signs, and floor marking shapes below. 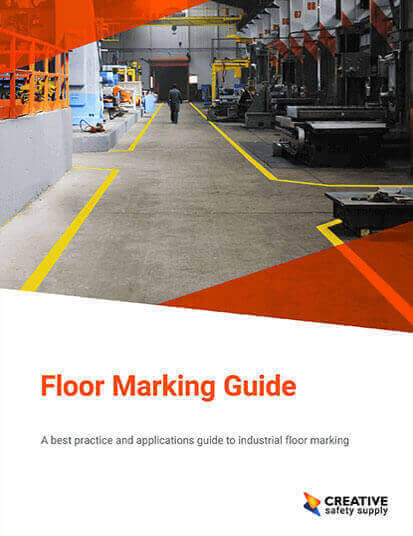 Not sure which floor tape you need?

Use the floor tape finder to help you make the right choice for your application.

Most orders received before 1:00 PM PST ship the same day!

Why the Glow-in-the-Dark Tape Glows

Glow-in-the-dark tape is made just like normal vinyl tape except it also has a phosphor applied to it. This phosphor will absorb light radiation into it and emit it back out, which is where the glowing comes from. Whenever the tape is exposed to any type of light it will begin absorbing the radiation. The stronger the light source, the more radiation it will absorb.

One interesting thing about light up tape is that it is actually glowing even when it is in a bright area. Due to the ambient light, however, it is impossible for the human eye to detect the glowing. When you turn off the lights, however, you will be able to see the tape glowing in the dark.

The glow you see is the light energy that was absorbed being emitted back out. This occurs because the photons within the phosphor in the tape are excited and moving around rapidly, which produces the light.

How Long Does Glow-in-the-Dark Tape Last?

There are several factors that will influence how long your glow-in-the-dark tape will emit light. The biggest factor is how much light energy it has absorbed before the light source is removed. If you shine a very bright light onto the tape for a long period of time it will glow for significantly longer than if you only expose the tape to light for a brief time.

Due to the fact that human eyes will adjust to the darkness through a process called dark adaptation, people will still see the glow from the tape even after it fades considerably. This is why the tape can still be easily seen for several hours as it spends the final 15-20% of light energy stored within.

How Many Times Can Glow-in-the-Dark Tape Recharge?

The phosphor that absorbs and emits the light energy is acting completely naturally so it does not "wear out," so to speak. This means that glow-in-the-dark tape can be "recharged" as many times as you’d like without any problems. The tape will continue to charge just as quickly and glow just as brightly the 1000th time it is exposed to light as it would the first time, which makes this a long-lasting safety tool for many facilities.

Using this light-up tape is most effective in areas that are frequently exposed to light and have shorter periods of darkness. For example, using the tape in a warehouse where the light is always on will ensure the tape is "charged" and ready to glow in the event of a power outage. As long as you keep in mind that the glow will typically last no more than 3-4 hours, you will find many uses for it in all sorts of workplaces.