Whether it be chemical hazards, ergonomic hazards, physical hazards, psychological hazards, or biological hazards, all of them pose a risk to employees’ short-term and long-term well-being. Present in almost all workplaces in some quantity, these hazards are the reason why mitigation and elimination techniques such as using the hierarchy of hazards and performing planned maintenance are necessary.

While the above five categories of hazards are known to put employees at risk of injury, the term “health hazard” has its own particular criteria. Health hazard specifically refers to the properties a hazardous chemical possesses that are an immediate threat to human health upon contact.

Defined by the Globally Harmonized System of Classification and Labeling of Chemicals, also known as GHS, health hazards are a part of a set of three broad hazard categories that also include physical hazards and environmental hazards. Compare the definition of health hazard above to that of a physical hazard that pertains directly to a chemical’s destructive properties such as combustion or flammability, or an environmental hazard that causes harm to the surrounding flora and fauna. 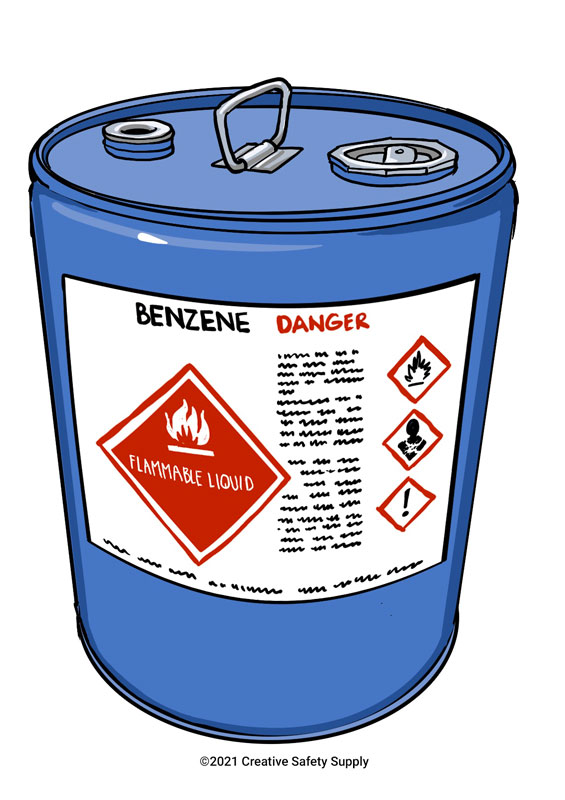 What exactly is causing these illnesses and deaths? Let’s go over some of the most common chemical exposure risks in the workplace:

The Ten Classes of Health Hazards

To be defined as a health hazard, exposure to dangerous chemicals must result in one of the following ten classes of health hazards listed here:

After being broken down into the ten hazard classes that were mentioned in the previous section, each of those classes are given a range of hazard categories based on severity. Often ranging from 1-4, and a few sub-categories in between, the highest number will always represent the lowest risk. For example, a hazard with the acute toxicity category of one is highly toxic, while that same class but category three is much less dangerous.

What are the Health Hazard Pictograms?

The four pictograms that directly deal with health hazards include:

The Importance of HCS and GHS Compliance

Hazardous chemicals are regulated by OSHA’s Hazard Communication Standard (HCS). Under the HCS, which is aligned with GHS, manufactured and imported substances that pose a health or physical hazard must feature a compliant label. Those labels must contain a signal word, GHS pictogram(s), hazard statements, and precautionary statements. All chemicals must also be accompanied by a safety data sheet. An SDS for a health hazard will include detailed first aid information, storage controls, toxicological information, and more.

Following the Hazard Communications Standard and GHS requirements that OSHA mandates is essential to give employees all the information they need to protect themselves against dangerous substances.