One of the first tasks that engineers are required to do is to learn to prioritize ideas and tasks. They're made aware very early on in their careers to differentiate between the "significant" & the "trivial many," meaning that they should concentrate on the few things that really make a difference and not squander time and money on things that have little importance or significance. 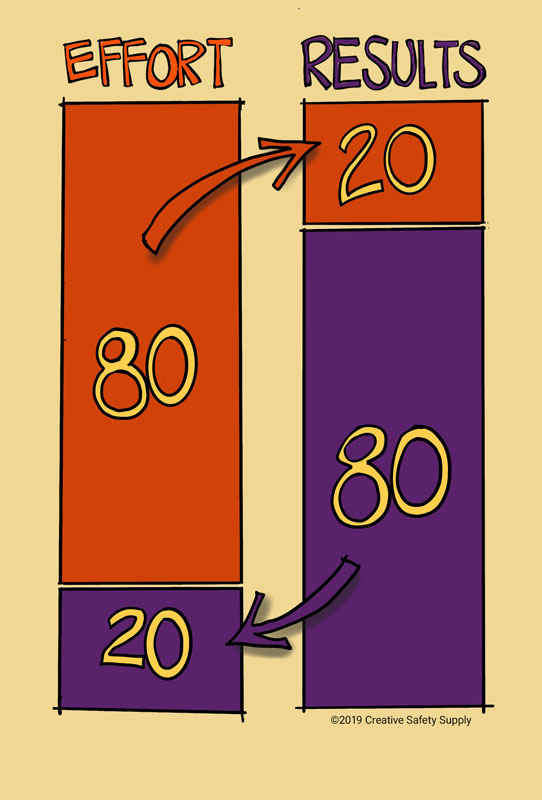 Consequently, if someone is looking to tackle a problem, the 20% of the causes that result in 80% of problems (the "vital few") must first be identified and then eliminated before the remainder can be addressed. Pareto Charts are a straightforward tool to enable engineers to prioritize the causes of problems.

A pareto chart is a sliding bar chart that illustrates the frequency of occurrences or the comparative sizes of either. Users can see the categories of the problems observed to ascertain which of the existing problems arise more often than others. They can also observe the causes of a specific problem to find out which of the causes of a specific problem happen more often. The range of categories is illustrated on the bar chart's x-axis.

Apart from its main bar chart, pareto charts often include a line graph that illustrates the cumulative proportion of occurrences at each bar of the bar chart. This line graph, also known as the "cumulative percentage line," is regularly used to determine which bars belong to the "vital few" and which are relegated to the "trivial many."

Bars that belong to the previous grouping are those that make up the majority of problems or causes observed. The last point on the chart corresponds to the last bar of the bar chart (typically the "others" bar), and may relate to 100% of cumulative occurrences.

To create Pareto charts, the following tips are suggested: